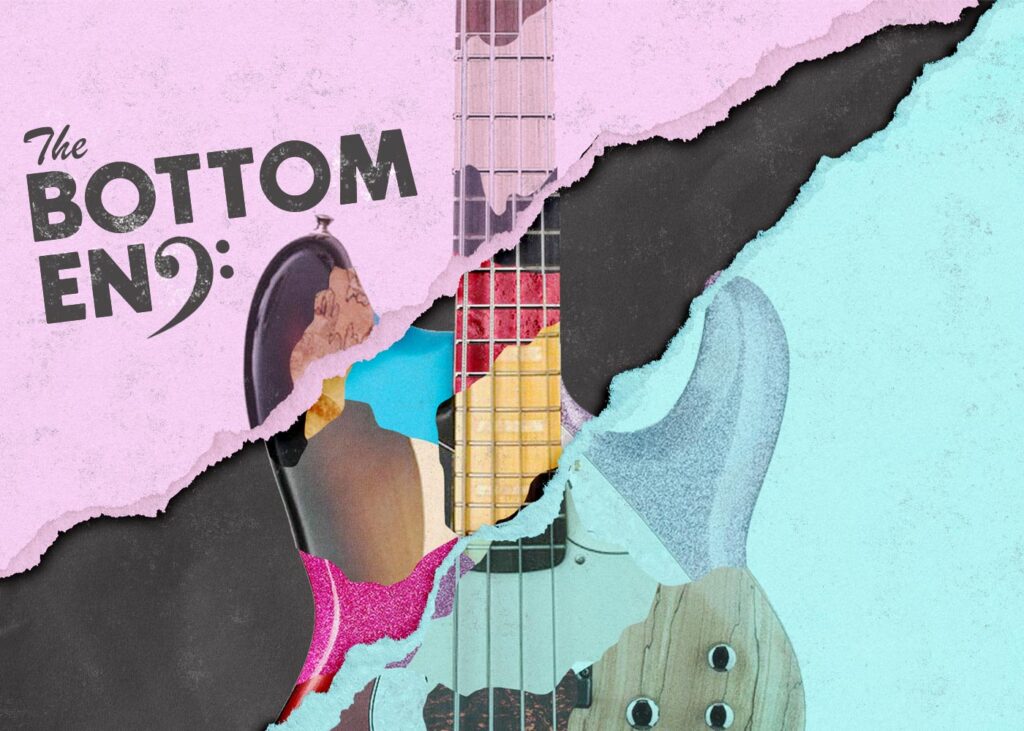 Welcome to the first edition of The Bottom End!  In this column, I take the time to talk with some of the unsung heroes of music ensembles. Bass players are often overlooked when it comes to music and this column is a way to highlight the talents of these folks.

In this first edition, I interview Dave Klein. Dave is currently slinging his four string with A Vulture Wake.  He has been playing in bands for over two decades and played with some pretty amazing bands such as Screeching Weasel, Black Flag, They Stay Dead, Wretch Like Me, Euclid Crash, and more!

Here I spent some time with Dave talking about why he got into music in the first place, why he plays bass, and just chatted about music in general.

Ya know…a band is just a core group of friends, or it should be. Who doesn’t want to start a gang?!? And that’s how my journey started. My buddy from middle school, Keith Kostura, was a guitar player. We spent years hanging out before he finally needed a bass player. So, he made me one.

So why bass? Why not guitar or drums or singing?

Very little thought went into but I still enjoy playing bass above all other instruments. That’s probably why I’m more proficient on four strings. I still write on guitar and sing when I feel it, but bass is my thing.

Who are some of your major influences? Both in bass playing and in songwriting or just music in general?

On bass I really like Mike Watt. He’s just the best. He hits hard, drives the melody and pulls the drummer around like a rag doll. It’s a beautiful thing to witness live. You’ve seen YouTube, everyone is a great bass player now, but Watt has magic that none can harness.

And I mostly listen to silence now. After playing music for over 25 years, the quiet is pretty loud.

What sort of gear are you currently using?

What sort of routine practice agenda do you follow, if any?

I have a practice space that I share with A Vulture Wake drummer, John Hernandez. If we’re not running through songs together, I’ll take some time to just be in the room with my bass. Some days I touch it. Others I don’t. I don’t run scales, but I have specific bass lines and patterns that get my juices flowing and ready to play. It seems I’m always preparing for some gig, so I spend a lot of time playing along to whatever record I have to learn. Something I did not do when I first picked up the instrument.

The only reason you’re there is to support the song. If it weren’t for the song, I’d be a painter or something.

You are currently playing for A Vulture Wake. How did you get involved in that project?

I’ve known Chad (Price, vocalist) since the 20th century. I went to see the old lineup of the band in 2018 and we talked about how busy the rhythm section was with their other bands. We agreed John and I should give it a shot. By the next summer, we were out playing shows when the other guys couldn’t do it. The B Team! Now we’re full time.

From the beginning, Chad sent the first demo in early 2020. He was emailing them around the band with everyone adding their thing. A chunk of songs started with Brandon’s demos and others came fully formed by Chad. We got together a few times in 2021 to hash out the parts before meeting with our producer Mike Kennerty and finalizing the structure. “Blood” was the one that really didn’t come together until we hit record.

You hail from the Oklahoma City area, what are some of your favorite venues to play or watch concerts from there?

The Blue Note has been renovated. I’m itching to get on that stage. 89th Street is always great and I played JJ’s Alley recently. Great place.

Any favorite eateries in the area?

Red Cup is all you need.

What advice would you give novice bass players that are just starting to learn to play?

Go to engineering school or become a carpenter. Bass is an unforgiving mistress that will leave you sad and broken – chasing another hit of four-string ecstasy.

What are some of your favorite albums that you have performed on?

What sort of things are in store for you in the future?

Imma drive to New Jersey right now. Maybe get something to eat. Oh, music stuff? I heard Chad play a new riff at soundcheck the other day. Get ready!

Bass players are often the underrated and overlooked members of a band. We explore music and other noise from the perspective of those that hold down the bottom end.