My name is Mat. You may remember me from such pieces as Michelle Branch at the House of Blues, my review of an album with a dog related pun for a title, and Mat and Kendra Go to Warped Tour. In addition to the joy that music brings, there is another topic that is near and deer (PUN!) to my heart: pets. My particular specialty is dogs. I work with them on a daily basis, train with my own, and read a bunch of books and articles about them. I grew up with dogs in my house in addition to at least one of the any given animals found in the surrounding woods, so I also have a place in my heart for rabbits, crabs, and chickens as well as snakes and toads by the dozen. There is something inherently special about the relationships we develop with our non-human counterparts and that is what I aim to highlight in this column.

A few years ago, my (not quite yet) wife and I decided to get a dog, a golden retriever to be exact. Our relationship was long distance at the time and we fantasized about the day when we weren’t separated by several hundreds of miles most of the year and could do such a thing. I’m pretty sure she had been planning the whole thing from the second I told her I would be moving out to Ithaca, NY from Chicago. We were picking out puppies before I even had a job lined up. It turned out to be a fantastic decision and one that completely changed my life. Largely because, unbeknownst to me at the time, dogs (especially puppies) are a metric fuck-ton of work. A huge part of the reason the two of us were even able to maintain some sense of sanity in the early days had to do with our opposite work schedules. A new puppy needs to go out about every two hours. It was the one advantage to me getting home in the middle of the night to let my wife soak up what precious little time grad school allowed her to sleep.

Despite being an enormous pain in the ass sometimes, we both immediately and unquestionably fell in love with Midas; it was his golden touch. I wouldn’t change a single thing about the whole experience. I consider myself very fortunate for every day that dog and I have to learn something from one another. All the time I spent (and too often missed out on), with this bozo helped me to realize I was basically killing myself for bullshit reasons by staying in the service industry. As a result, I decided it was a good idea to give all that up and start over doing work with dogs for what turned out to be pretty much no money. Again, I wouldn’t change a thing. All that I’ve picked up along the way about my fluffy best friend and myself over the last five years is worth way more than any sense of security financial stability ever offered.

Below are some pictures I took of Midas playing in the snow at a local Chicago park. Lately, winters around here have been pretty shit as far as snowfall. So, you better believe that when it finally shows its face, the dog and I will be out there getting nuts. Midas’ first Chicago winter had two twenty-ish inch snowstorms and it’s been frustrating not seeing anything close in years. This is heightened by the fact that he is basically built for this kind of weather and having no snow feels like a waste of good fluffiness. Considering that a week after we took these pictures it was 60 F and sunny (because that’s February now, I guess), I would say we made the best use of what may have been the last snow day for a while. Chicago has entered the closing stages of winter where any remaining snow that may fall will be met with fierce resentment by the populace. I’m keeping my fingers crossed that Midas and I can get in one last hurrah while everyone stays inside pouting.

This column was largely the product of a desire to take more pictures of Midas and show them off and talk about how great he is. Then, it hit me how much better it could be to also invite other people to talk about how awesome their pets are. If this seems like something you and your critter want to be involved with, please get in touch. I would love to meet you and your friends, hear their stories, and snap some photos. Let’s set something up!

Myriad reasons have kept Up the Pets from becoming a thing for way too long, but none of them seem good enough to hold up progress anymore. I am still unsure exactly what I want the column to be, but I’m excited to see where it goes. I do know that I love to learn about the shit surrounding why our pets do what they do, so please feel free to reach out to me with your questions and suggestions: upthepets@gmail.com. I am far and away from a professional anything. Please take into consideration what people like vets and reputable trainers, as well as your own instincts tell you before a single word I may utter.

This brings us to the end of the first edition of Up the Pets. I think this column is going to be fun and even if it ends up just being me taking photos of and talking about Midas over and over, I’ll be alright with that. Until next time, I look forward to hearing from as many of you as possible. I can’t wait to pet a bunch of dogs and hopefully things I’ve never heard of or encountered before for the sake of journalism. Come along with me and let’s explore the weird, wacky, and magic that is our pets. 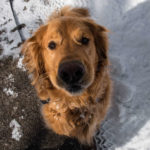 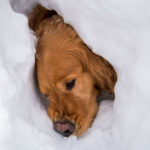 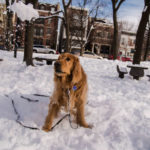 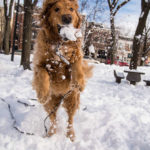 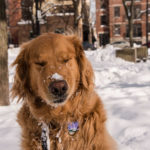 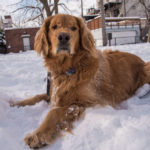 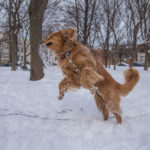 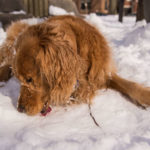 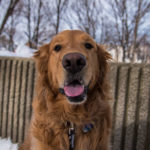 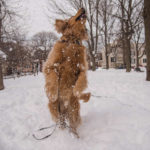 Mat Stokes loves dogs and invites you to talk about all things pets.