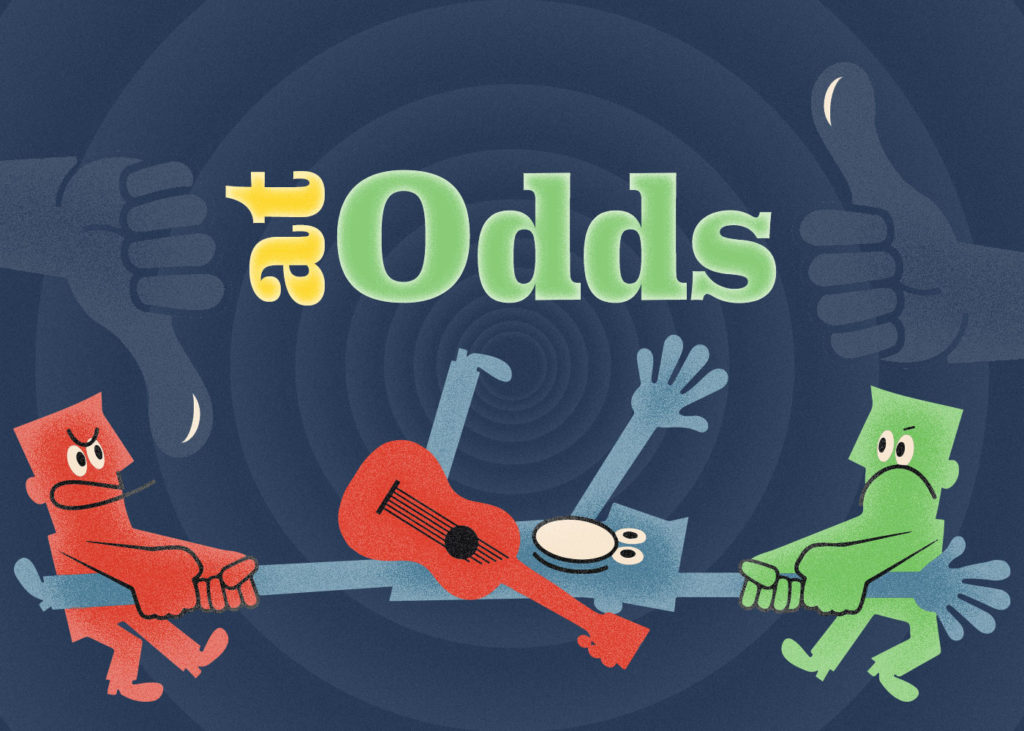 Look, Weezer was relatively easy. I’ve always liked them, but was never overtly in love with them. Nothing they did was really offensive to my ears. Metallica has hurt me…

They’ve taken by heart, then put it into a blender, then pieced it back together more times than I can count. JK. It’s five times.

Metallica is that band that got a ton of my friends – myself included – into heavier music. They are a gateway band to bigger and better things, but we will always have some nostalgia for the one’s who got us into it. Nostalgia be damned! I tortured myself with all of their music, and here is what I have come up with.

It is no secret that the first four Metallica albums are damn near perfection. They not only pioneered the genre of Thrash Metal, but they brought it to the mainstream for little do-do heads like myself to get into.

Arguably the most confrontational thing I have to say about Metallica is this:

Kill ‘Em All is overrated.

It’s a great first album, don’t get me wrong. But, come on. If you honestly say it’s their best album, you aren’t listening to their other works. If it wasn’t for the fact that I’m a bass player and this album has “Anesthesia” on it, I would almost always skip it when going back through the older catalog.

Ride The Lightning is what pushed them into that upper stratosphere of thrash metal deliciousness that we have come to know and love. “For Whom The Bell Tolls” and “Ride the Lightning” are amazing tracks that will always stand the test of time.

Honestly, what can I say about Master of Puppets that hasn’t already been said a million times? Cliff Burton’s last effort with the band before his tragic death is an absolute masterpiece. Sure, we’ve heard the title track over and over on the radio at this point, but man… it absolutely still rips! “Sanitarium” is a perfect song.

The first album with new bassist Jason Newsted, And Justice For All, is also a contender for best album. Although I prefer the And Justice For Jason mix (Metallica notoriously turned Jason’s bass down to damn near oblivion), the song complexity on this album is dialed up a notch from previous releases. “Blackened,” “Dyers Eve,” and “One” are never skips on any Metallica fan’s playlist.

The most controversial album, despite it being the most commercially successful album, has absolutely got to be The Black Album (or their S/T or whatever you want to refer to it as). I hate “Enter Sandman.” I’m sorry. This album brought Metal to the mainstream, which is fine and all. But man, so much of this album is dialed down arena Rock. “The Unforgiven” is arguably the best song they have ever made, and there are several other great songs on this album. But the mega hits will never leave our brains, thanks in part to giant sporting events and jock rock stations.

I fucking hate/love middle aged Metallica. This is the period after they ran out of Cliff’s and original guitarist/singer Dave Mustaine’s (now of Megadeth, which I may or may not get to in a later column) material.

Load, Reload, and Garage Inc all have some amazing songs on them, but my god does the other 80% of the songs released on these albums make me want to gouge my ear drums out!

I am going to save all of ya’ll a headache and I am going to list the good songs below from these three shit fests:

If ya’ll wanna listen to something that gives you hope for future Metallica, listen to their live S&M album. That album absolutely rips and shows that these dudes are machines live. That hope is about to quickly get killed because…

PLEASE. DEAR GOD. MAKE IT STOP. I CAN’T. WHY DID I DO THIS TO MYSELF?

Watch Some Kind Of Monster though. That shit is hilarious.

After St. Anger, I just about lost all hope for Metallica.

Then one of the best bass players stepped in for Jason, who left before St. Anger in a hurry similar to that of animals fleeing the area just before a devastating earthquake hits:

Rob saved this dang band. They had lost their way and were writing absolute trash. Then he showed up and they put out Death Magnetic. Death Magnetic is so good, especially considering that the last thing they did before that made me throw up out of every orifice of my body.

Was the mixing weird? A little. Was it mastered too loud? This is Metallica. It should be loud. Sorry.

Hardwired To Self Destruct upped this even more so.

These old men have no damn business putting an album this good out. But here we are, and boy am I glad.

Do Death Magnetic and Hardwired both have some parts that drag a little? Sure, but when they are hitting on all cylinders, it makes me excited for what the future holds.

I listened to the entire discography minus Lulu just because I forgot about it. But my work is not complete until I listen to everything.

Chronologically this album belongs between Death Magnetic and Hardwired, but musically it belongs in the damn trash.

Metallica, I love you. But you did things to me today that my ears just are not, and will never recover from.

Favorite Song: “The Unforgiven: Trilogy (Yeah I did three. What are you gonna do about it?)

Metallica Disappointment Rating: After All This, I Still Don’t Know Where I Stand With Them/5