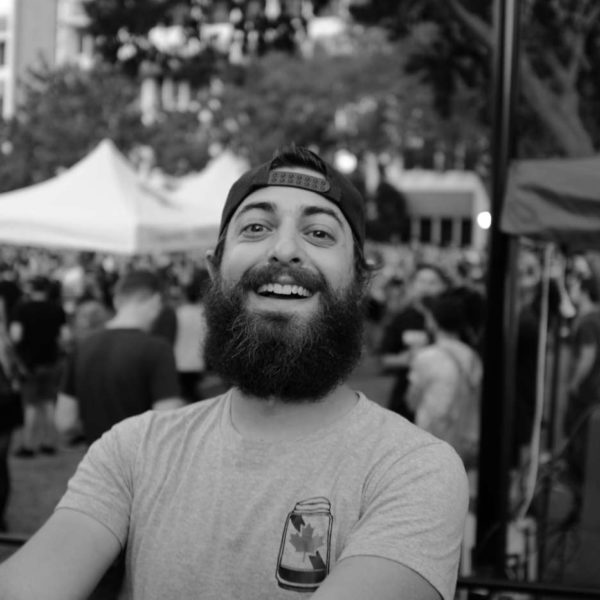 It was around the start of Fest 15 that I started this project. I was with friends at Bo Diddley Plaza, chatting before the Off With Their Heads set. We were stuck in that weird “Beer Jail” patio up on the right side. You know the one where you can get non-PBR, but you can’t leave with it. It’s okay though, the patio is pretty nice anyway. I had been thinking a lot about how burnt out I was when it came to taking pictures of performing bands. I’ve been down in the photo pits of some pretty big shows and festivals, but I needed something new.

Almost on queue and perfectly normal for him, Mike came walking by. I shouted out to him with a half-drunk, “Hey Mike! Let me take your portrait!” He hopped up on the outside of the patio railing, gave a smile that only he could give, and I shot it. With that, he was gone and off on some kind of Fest-venture. I took a look at my camera and realized it was still set to capture in black & white, but the photo was perfect. Mike had no idea that he was the start of something that would come to define my photography hobby over (at least) the next year and hopefully quite a bit longer.

With that, I suppose I am introduced and ready to go. Expect to see people from all over the world – those I have met through music and some who have become my close friends. I love this scene and I am happy to share these amazing people with you. So I say: Hello World!