On Good Friday, I navigated my way through the already crowded Gman Tavern and snagged a two top table to chat with Emily Backal about all things music. She is the brains and brawn behind the new monthly series entitled It’s Raining Femme which will be held at the Gman on the first Wednesday of each month.

From the moment I pulled up a chair, Emily let me pick her brain about femme and non-binary culture in regards to the Chicago music and comedy scenes, music on a national level, and so much more. We talked openly to each other and about ourselves, going far above and beyond the questions posed below. As we laughed and drank and talked, it quickly became clear that Emily has a fierce love of music and is truly striving to make a difference in our corner of the world.

The official debut of It’s Raining Femme is this Wednesday, April 11th at the Gman Tavern and features local bands So Pretty, Engines, and Beach Bunny. We’ll be there and you should be too!

Can you tell us a little about who you are, how you’re involved in local music, and how you came up with the idea and the process of setting up this monthly showcase? 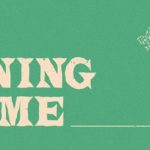 I moved to Chicago in 2014 for Grad School at Columbia College for Arts Management and Business Entrepreneurship degrees. I play drums and so when I moved here, I joined a band that a friend of mine recommended. I guess I started getting involved in the local music scene that way. It kind of happened by default.

I was interning at Music Garage while I was in school. Part of the internship was to curate a show. So I put together a lineup of a couple of bands which was my first experience at booking shows. Once I graduated, I started working at Metro. First I did security and now I work guestlist and tickets at the box office. It was then that I thought about it –

We have this great space in the back here (at Gman) and there isn’t really anything in music like It’s Raining Femme. It’s weird because you have it in comedy in Chicago. They have Ladylike, at Cafe Mustache, which is all women comedians. They even do some events that are for women and non-binary people sporadically. So I guess got my inspiration from Ladylike. I thought “We need something like this in the music scene.”

Who are your current top three favorite femme/non-binary band in Chicago right now?

Oh… hmm… Rat Boys is my favorite. They’re amazing. I also love So Pretty; they’re playing the first show. I love their message – you don’t have to play guitar well. Just go ahead and play guitar and have fun. They’re up there onstage and they look like they’re having so much fun. A couple of years ago, the band I was in played in their house. They had a little DIY space. The upstairs hallway was all lined with CDs, just back to back. They’re so brilliant.

And now let’s bring that to the national/international level. Top Three.

St. Vincent; I just saw her at Chicago Theater. Amazing. She’s so good. Pale Hound. She’s this artist from Boston. She’s queer, I’m queer. So I am able to just really relate to a lot of her music. She’s also a great guitar player. And I’ve been listening to a lot of this artist called Phoebe Bridgers lately.

K: OH MY GOD. Her song “Motion Sickness” got me through some shit recently!

Her voice is just so beautiful.

I also just saw Pussy Riot when they were in town. I know that they’ve gotten some weird press. But I think that audience wasn’t going for the music. That wasn’t the reason that people were there. They’re a political band overall.

There are bands like War on Women who are taking a very in-your-face approach to the cause and then there are bands like Bad Cop / Bad Cop who speak to the issues in a way that seems more accessible to the masses without turning people off. Can you speak to what you see as the pros and cons of each?

I’ve been doing a lot of research with the local bands. So I posted on Chicago Queer Exchange something like “Hey, if anyone here plays music and identifies as a woman or non-binary person, send me a link to your stuff.” I’ve gotten links from trans people and their music talks about specific trans issues. And so my goal is to shed light on the issues for women and non-binary people by including music that speaks to that person. But, at the same time, I also don’t want it to be excluding of anyone else.

I think there isn’t a strong voice out there, especially for trans people. Talking on the local level, it may be a little easier. But overall, there aren’t a lot of trans musicians out there.

The only one that I can think of on a vastly well known national level is Laura Jane Grace.

Exactly. My goal is to create a space for people who don’t have as big of a voice. I want to create a place where no one is excluded.

Is there a quintessential moment that you can pinpoint at the time you knew that the door had finally fully opened for non-binary and female identifying artists? The one where you knew that times were changing.

That’s so interesting. I’ve been thinking about this a lot. I guess it has to be personal, because this whole thing has been happening underground for so long and maybe I was just unaware of it. Especially when I was at school, my world was just college. When I moved to Chicago my world opened up more, like with the music scene. I began to learn about political feminism, people of color, and the different issues that each group faces.

I don’t if there was one big moment. But there were a series of things that kept happening to me. My undergrad degree is in classical percussion so I went to school with like 60 men and there were 6 women. That didn’t bother me; I’d grown up in a world of being surrounded by men. Then I went to the Women’s March in 2016 and I was surrounded by all these amazing, inspiring women. It was very eye opening for me. Then when I started to go to more and more local shows, I kept seeing these white cis dudes. It’s the scene, everywhere. And I kept thinking WHERE IS EVERYBODY ELSE? It’s just weird.

I was thinking the other day – how many female fronted bands can sell out an arena? Something huge like Wrigley Field? I think Lady Gaga was the first. Maybe Paramore could or No Doubt. There aren’t a lot though. There are no where near as many that could compared to the dude bands.

In this age of call out culture and social media postings, what do you think is the most effective way that general show goers or people generally involved in music can to do bring negative behaviors to light?

There’s this great organization called Our Music My Body that’s helping out. They were at the Pussy Riot show and at the Pale Hound show. They’ve been going to Riot Fest and Lollapalooza too. I think for our second show, they’re either going to send over some material or possibly even set up a booth.

But it’s a conversation that’s going to take a long, long time to be able to switch in people’s minds about the culture of having shows be a safe space for everybody. I’ve been to a lot of shows recently where the bathrooms are gender neutral, like here at Gman. Metro doesn’t do it but if there’s an artist who asks for it, they will. SmartBar downstairs does it now too.

Again, I think it’s a conversation that’s going to take a long time. But it’s happening. It’s happening in the major cities.

Events like It’s Raining Femme and Frontwoman Fest (at Burlington Bar) plan to shine light on the positives instead of focusing on all of the negatives. Hopefully, the good will eventually drown out the bad.

Alright, last question. If you could book one band or artist for Femme Night, who would it be and why. Sky’s the limit!

In the whole world?! I mean on a realistic level, Laura Jane Grace would be amazing. She’s so great. I mean I think Paramore would also be really cool. We might get a little line out the door if they show up.

I’ve also I want to eventually open it up to comedy and maybe people selling zines and stuff. For now, it’s focused on music because that’s what I know. But maybe we could branch out to all femme artists. Chicago comedy is really great. I’m going to see this great female comedian tomorrow night, Camera Esposito. She’s from Chicago, moved to LA. If I could book her, that would be amazing.

But for now, I’m just so excited about our opening date. Beach Bunny, So Pretty, and Engines are all so fantastic.