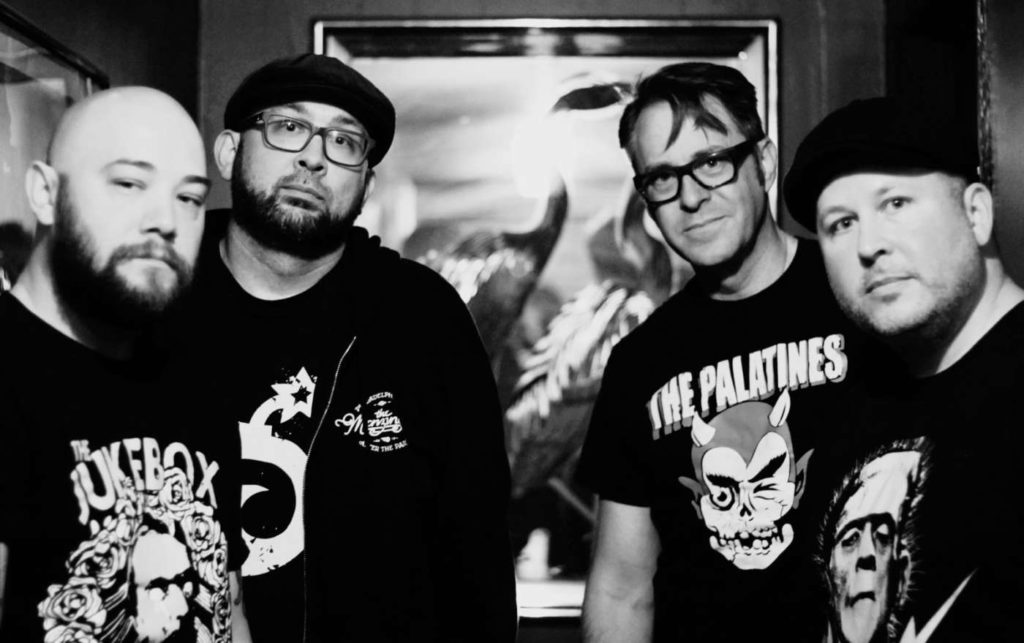 Last June, Steadfast released their full-length album Transmitters. Like so many bands last year, the ongoing COVID-19 pandemic has kept the Houston four-piece from properly promoting or touring on their new tracks. So we sat down with the guys to chat about the new album, life in lock down, and more!

Transmitters came out last summer, right in the middle of the COVID-19 pandemic. Can you tell us about what it’s like to put out an album while the rest of the world is on hold? 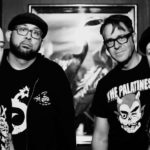 Charlie: It was brutal. We had this great album wrapped up right as COVID became a thing. We were not too concerned at first thinking we would be locked at home day drinking for a couple of days. Several months in we were like, “Fuck it, let’s release it.” Promotion has been tough and we didn’t want to get into the whole lets play live streams with shitty phone quality recordings, so we have had to use other methods to get the word out. It will be really crazy playing an album release show well over a year after the record came out!

Jason: At first we kind of waited thinking it {COVID} may pass but when reality set in we were forced to rethink what our goal was. We discussed all our options and finally decided that releasing it meant we could still stay relevant while we couldn’t play shows or tour. We knew it might get “lost” a bit but we also felt we owed ourselves to complete what we started.

This isn’t the band’s first rodeo when it comes to making albums. But was there anything surprising or new that you all discovered during the recording of this release that was different than those that came before?

Jason: We’ve all recorded many times in the past with different projects, but since three of us worked together previously it was really easy. We did it ourselves over a couple months between work schedules and stuff. Doing it ourselves allowed it to not be stressful, but we also didn’t want it over-produced so we had to have some restraint and go with our guts. It was a great bonding experience. The only thing I would do different is knock it out in a week or two at once instead of the slow go.

Charlie: This was definitely one of the easiest albums I have ever contributed to. Recording everything at my house took a lot of stress off of us and we just took our time without worrying about the cost of additional studio time. I think we were able to capture our live energy without it sounding super overproduced.

Tell us a little about piecing together a video for the title track, “Trasmitters,” which just premiered last week.

Jason: Charlie and Scott (who did the video for “Old Scars”) did a great job putting it together. So I will let them talk about it and keep the credit.

Andrew: That’s all Charlie. Dude did a whole lot with what little we could put out, video-wise, during the worst part of the pandemic.

Charlie: As the pandemic kept getting worse, we realized we were going to have to use other methods to promote the album. So, we decided to put out another video just to get some more hype on social media. I got together with my buddy Scott Barber (who is a brilliant producer) that did our first video for “Old Scars” right before the pandemic.

We thought we had some B-roll we might be able to use but it ended up looking too much like we had ripped off the old video. Being that we were in the pandemic and took that shit serious, we couldn’t all get in a room together to shoot more footage so we coordinated and recreated being in “the studio” for all of the live shots. The whole goal was not to put out another Covid Cringy video that would be time stamped with pandemic all over it. In the end we came up with something pretty rad! Also, go check out a documentary Scott recently released about Nickelodeon called the Orange Years… it is awesome!

What are a few of that band’s musical influences that no one would expect?

Andrew: Kajagoogoo… need I say more ?!?!?! We try to put out playlists on our Spotify page of various artists and random topics. Go check those out!

Jason: Its no secret that I LOVE the Clash… but some unexpected influences: Woody Guthrie, Billy Bragg, Sam Cooke, Chet Baker, New Order, Psychedelic Furs, The Jesus and Mary Chain, Dinosaur Jr., M83, Washed Out, Caribou, some Synthwave, and Chillhop stuff too.

Charlie: We all have very vast tastes in music. I think the biggest surprise for me would be my love for Pop music. Like a Taylor Swift record would be one of my “if you could only take 5 records with you on a deserted island” type of thing.

And last but not least, give us your Top 3 pandemic memories, for better or for worse.

Jason:
i. Losing job, being stressed but also treasuring time at home with wife and pets.
ii. Zoom calls with family and friends were cool and much needed
iii. Losing weight, by exercise and cooking &amp; eating better
iv. *bonus: I wrote approximately 14 new songs that are in the demo stage for future releases

Andrew:
i. Band zoom (Drinking, while watching halting images of the other guys drinking,… until Charlie locks you out of the meeting
ii. Why shower,…. Or put on pants
iii. Reading the music-venue-obituaries and crying, every day…

Charlie:
i. Missing traveling…this is the longest I’ve been at home since I was about 16…not being able to visit friends and go on tour has been brutal
ii. Taking a few months of when I lost my job to day drink and play video games could be considered good or bad. It was actually nice to have a few months of downtime to recharge a bit
iii. Locking Andrew out of random band happy hours and Zoom calls brought me great pleasure.