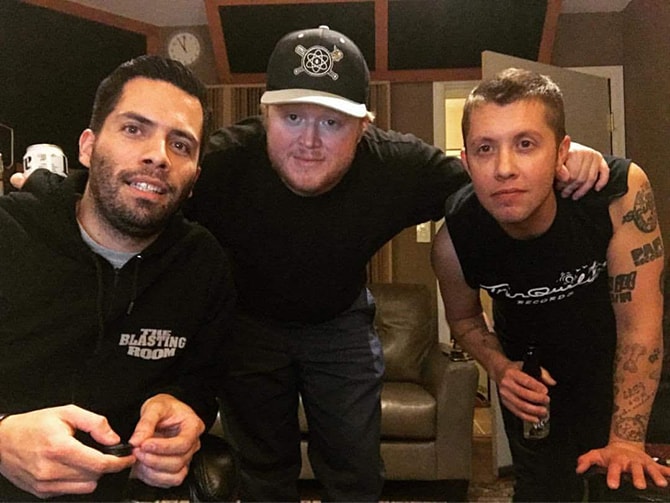 The first time I worked up the nerve to go to a pop punk show by myself in the suburbs of Chicago, IL was when I was introduced to The Scutches. They’re super fun to see live, and recently I was able to chat with singer/guitarist Vincent Hoffer about their new album, Negatory, coming out June 1st on Something To Do Records.

Pre-order your copy through Something To Do Records now! They’ve got black, gray, and surf blue vinyl for you nerds.

Your new album, Negatory, comes out June 1st. How long was the process to write and record these songs?

Wow, well the songs were written over the period of a year, a year before we recorded. We recorded it in 2017, so it’s been a while. Ever since, we were shopping for the right label, which we found with Something To Do.

Your song “Don’t Go” was recently covered by Teenage Bottlerocket on their Stealing the Covers album. So rad! How did that come about and did it bring you new fans?

We’ve been friends with the guys in TBR since like 2007, and we started playing shows with them in 2012, which is when 10 Songs, 10 Years came out. They would always ask us about that song, so we knew they were fans of it. It came out of the blue when they messaged me asking for the lyrics. It was a bit of a surprise; it was great. It brought us a bit of attention.

I see you’re headed to Russia soon. Have you toured there before? What’s the punk scene like?

I have not toured there before, and apparently it’s pretty crazy. It’s a very small punk rock scene. I’ve known the guys we’re going on tour with for like five years. They always ask me to come over, and I was always thinking it would never happen but it finally did.

How did you meet these Russian punks?

Well I met Vladimir way back on Myspace. In 2014, The Scutches toured Chicago and he was there at Jughead’s basement show. So we’ve kept in touch since.

Where’s the weirdest place you’ve had to crash on tour?

Oh man, the weirdest place? The place that sticks out most is in Phoenix, AZ almost to the day last year. We had to crash in an Arby’s parking lot. The road was closed back to my friend’s house and we didn’t know how to get there.

Follow up: Did you eat Arby’s in the morning?

No, no we got the hell out of there. It was a hundred degrees in the van, so we brushed our teeth and left.

Will you be touring the US to promote Negatory?

Oh yeah, we don’t have dates announced yet but it will be at the end of August/early September.

Where was the worst place you’ve played a show?

The worst place? Holy mother… I don’t know. I don’t think there was a worst place. It turns out it’s always a party when we play.

And finally, how did you come up with the band name?

Well, growing up in New York, part of my family is Sicilian. So if you’re called a “scutch” it’s like slang for “little pain in the ass.” And I was always called that growing up, the youngest of three.