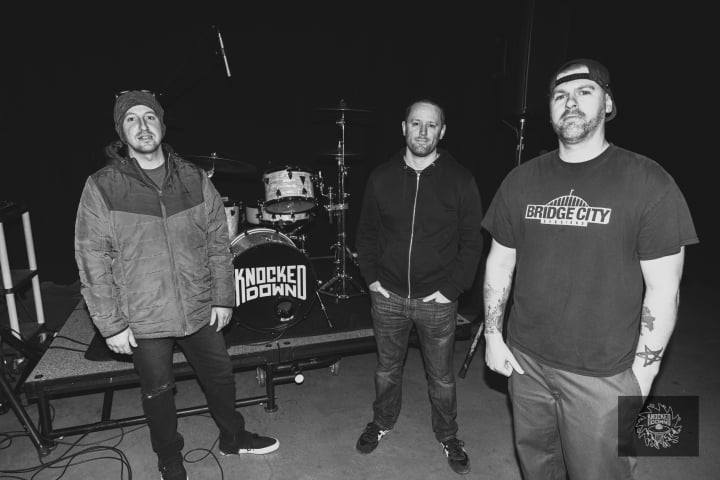 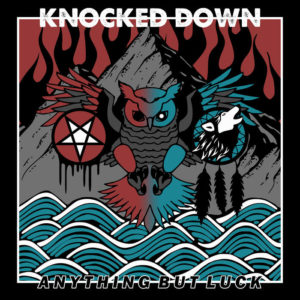 I have to admit something to you, reader. I have a very love/hate relationship with Pop Punk. How could such a general term be used to describe such a complicated spectrum?

It ranges all the way from Simple Plan to Descendents. Hardcore outfits that write catchy hooks to suburban teens making an entirely original genre. Some of my favorite bands fall in the genre, and some of my least favorite bands. So when I listen to a new Pop Punk album, I feel constantly on guard.

This album by Knocked Down is the real deal. It’s certified genuine 100% Grade-A Pop Punk. It isn’t ‘Hardcore with catchy hooks.’ It’s Pop Punk all the way through. And while I usually I tend to prefer the Hardcore approach, this album really won me over.

The main thing that makes or breaks a Pop Punk album for me is the way it’s mixed. Sometimes it can be apparent when a band records instruments separately. It can give a sterile, inorganic quality to the music. By contrast, this album sounds like a full band. The energy is real, and infectious.

The vocals feel very Tom DeLonge-inspired, and the music feels like if he got Blink-182 to play Angels and Airwaves songs on their ‘Enema of the State’ tour. There’s these layered octave counter melodies the guitar occasionally throws in during choruses, and they add so much depth to the tracks. The lead riffs and solos feel unexpectedly thrash in otherwise upbeat songs. You’re lured in with the fast but easygoing nature of Pop Punk, and then you get hit with a riff that wouldn’t feel out of place in a Suicidal Tendencies song.

Check this album out if you like genuine Pop Punk, Tom DeLonge, or if you want to hear some outstanding, intricate guitar work.

I recommend listening to this one while cutting out pictures of Tom Delonge and pasting them over Matt Skiba’s face, or while screaming into the night sky for aliens to reveal themselves so we can all get back to making music.