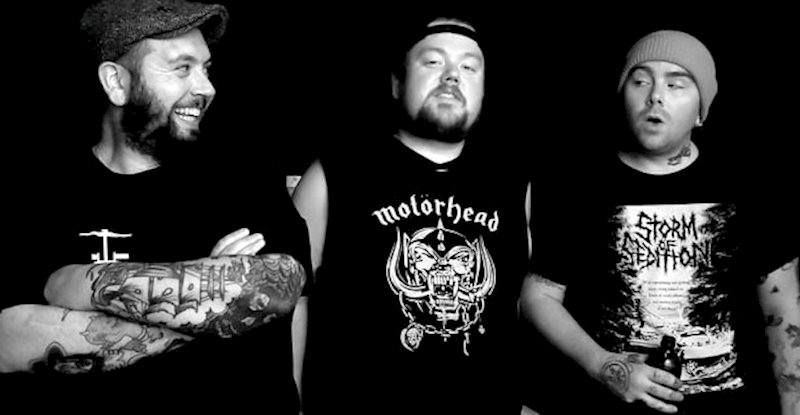 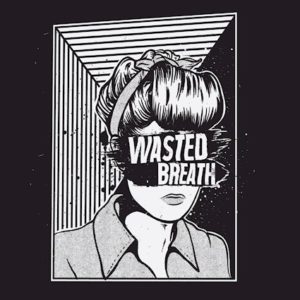 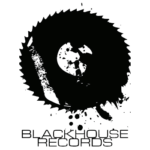 When forming a punk band, one would not traditionally think of a drummer with a Jazz/Rockabilly background and a bassist who brings a pseudo-drifter style to round out the melodies and rhythms, but that’s exactly what Kyle Butler knew would be the winning formula for Wasted Breath.

Butler says “our sound allows us to play with a wide range of bands so we play on bills with Punk bands, Hardcore bands, Alternative bands, Psychobilly bands and go down well enough.”

The Spokane-based band put out their debut self-titled LP earlier this month on Blackhouse Records and it delivers straightforward Punk that is recorded in a way that transports you straight to a live show.

The album starts with “You Tell Me” which, using the live show analogy, sounds like a mic check and summons for the listener to come to the front row. The next nine songs are an incredible mix of influences. There’s everything someone could want in a straight froward Punk Rock set. Wailing Motorhead-esque guitar solos and riffs are sprinkled throughout the LP like in “Nic Fit,” “Split Faced,” and “Suck It Up.” You also get a real Bad Religion/The Offspring vibe with the bass lines in “Front Line” and “Pontiac” and the melodies and gang vocals in “Street Puppies” and “IDK.” “Intoxicant” is a curve ball in the LP offering up some true Rock ‘n’ Roll guitar riffs and gives a nod to the Rockabilly influence the band members brought to the table.

In terms of lyrics, the LP hits on a lot of the usual topics you’d expect like relationships, though not in the romantic sense. For example, “You Tell Me” talks about people who try and fill your head full of their own ideas about who you are and what you do. That said, there are some songs that offer a deeper look into the band as people and specific issues from their own streets. “Street Puppies” was inspired from the kids Butler sees living in the street (which is a big issue in the Pacific Northwest) forming a relationships where one person knows that it’s toxic and tries to disengage, while the other person doesn’t realize what’s coming down on them.

The band’s infectious energy on this record is why I love it so much and have been keeping it in my regular rotation of records for the New Year. I can’t wait to see them live and get the full Wasted Breath experience.