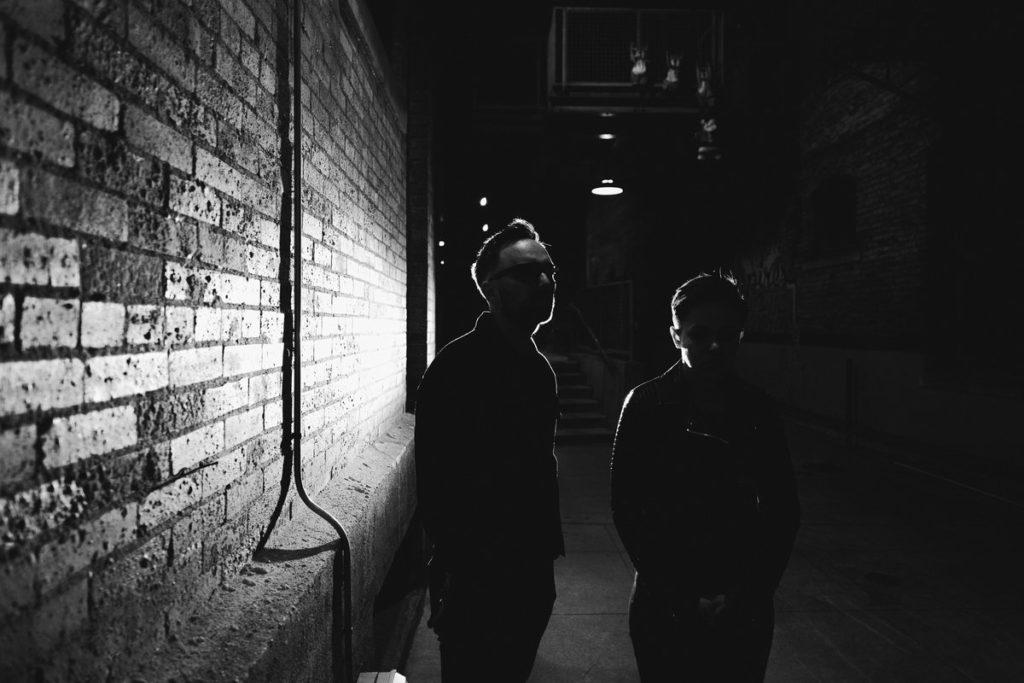 Dayton, Ohio’s All Hallowed – comprised of Ricky and Lacey Terrell – has released their debut single entitled “Kill.” The song will be featured on a larger, yet-to-be announced, future release out via Friend Club Records.

The duo recruited Aaron Gillespie (of Underoath, The Almost) who recorded the drums at his stand alone studio in Utah. “Kill” was produced by Denny Cottle and engineered, mixed and mastered by Micah Carli (formerly of Hawthorne Heights) at his Popside studio in Troy, Ohio.

Lacey had the following to say about “Kill”:

“Ricky has copious amounts of lyrics that he’s scribbled down over the years. I cherry picked some of my favorites and created a melody to match the bass line he’s been noodling. Although, I feared there would be a lack of continuity, when paired correctly, they emerged as a powerful, albeit short, dance anthem.”

In addition, Ricky added the following about the track’s concept:

“The theme behind ‘Kill’ isn’t terribly deliberate — I prefer to let the listener create their own meaning and conviction from what we’ve created. Each song we write ends up with a subjective meaning or interpretation in my mind, but that same experience should be available to anyone who hears it. I prefer not to tell others what to infer from it.”