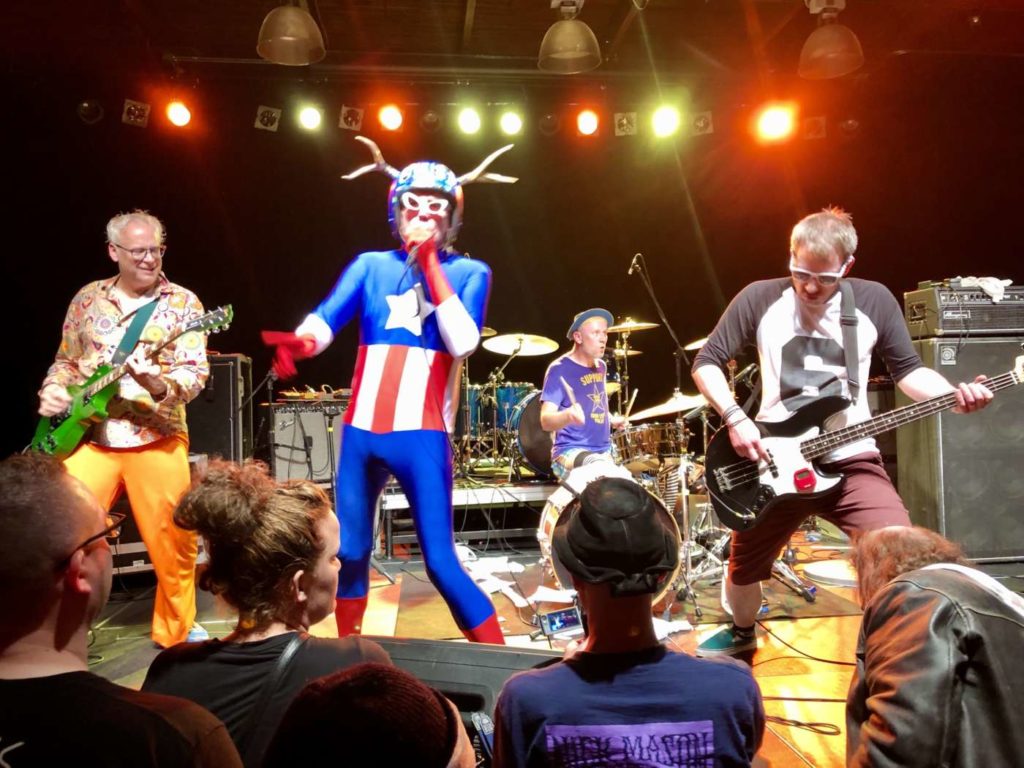 And now a message from your local peculiar Punk band…

ATTENTION LADIES, GENTLEMEN, AND SHIPS AT SEA! We interrupt your regularly scheduled shuffleboard game and/or horse dewormer buffet to bring you news of the Boris the Sprinkler Neo-Spectacular 30-Year-O-Rama!

Celebrate three decades of Titletown’s most peculiar Punk Rock institution with Boris and their amazing flotilla of special guests on Saturday, June 25th, at the beer garden at Badger State Brewery, 990 Tony Canadeo Run in Green Bay, WI. In addition to the Boris the Sprinkler carnival of spaz, you’ll thrill to the stunning majesty of New Jersey dorkrock demigods The Ergs! That’s right! The Ergs! We’ll say it thrice: The Ergs!

Naught more need be said! As if this wasn’t enough, you’ll also bear witness to the Green Bay debut of Butcher’s Union, featuring two members of Twin Cities legends Dillinger Four (which two members? The cute two)! Take a breath and fan thy brow as necessary, because this lineup shall also include include the long-demanded reunion of the Leg Hounds, the rockinest trio to ever emerge from the bratwurst mills of Sheboygan!

As if this wasn’t enough, reunion-wise, you rambunctious toddler types will also get your perhaps once-in-a-lifetime chance to see Green Bay Punk scene forefathers The Minors, those ne’er-do-wells responsible for helping kick off this whole mess some forty-odd years ago!  And, for benefit of those with flash photography, we’re starting things off with The DUIs! These are the types of DUIs you DON’T try to avoid!

Doors open at 2 PM, bands start at 3 PM for this madcap all-day affair! The wheels of the Boris the Sprinkler Neo-Spectacular 30-Year-O-Rama are greased with human oozings, so ooze on over to Badger State Brewery and party like it’s 1992!