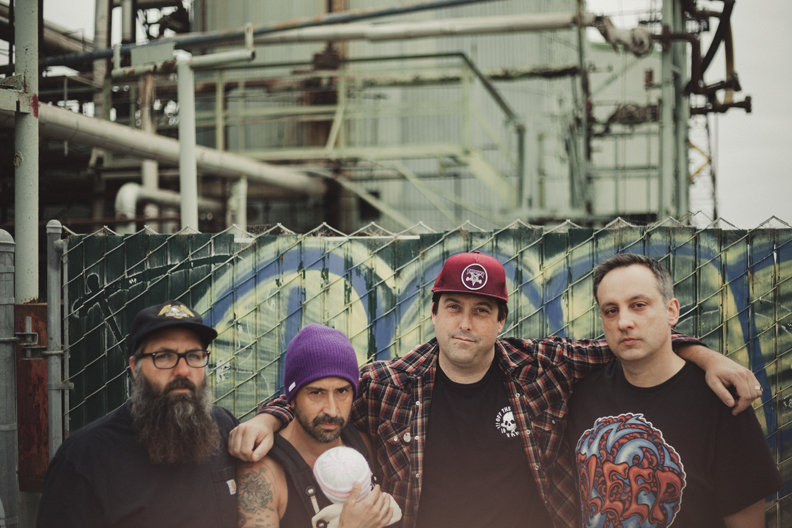 California’s Dad Brains has announced the release of their debut 7” EP on September 14th. The Oxnard/Ventura-based band is comprised of former members of No Motiv (Vagrant Records), The Missing 23rd (Sessions Records), Creep Division (members of Sick of It All, Good Riddance, and No Motiv), and The F-ing Wrath.

The self-titled EP is comprised of five punk songs (clocking in at under ten minutes) and will be offered up on colored vinyl courtesy of Pirates Press. It was produced by longtime band friend Roger Camero. Front man Patrick Pedraza had the following to say about the release:

“We’re super stoked that Pirates Press Records is gonna release this record. It kinda feels like when your baby smiles for the first time… wait, let’s not get that crazy! Haha. No, but seriously, Pirates Press Records is a well-respected label, and that makes us feel like we’re in great hands. I mean, who wouldn’t want to press a 7” with an actual label who is also a pressing plant? So many colors of vinyl to choose from! It’s a punk rock dream come true.”

Check out the below music video for the song “I’m Old” and keep checking back for more updates on Dad Brains!