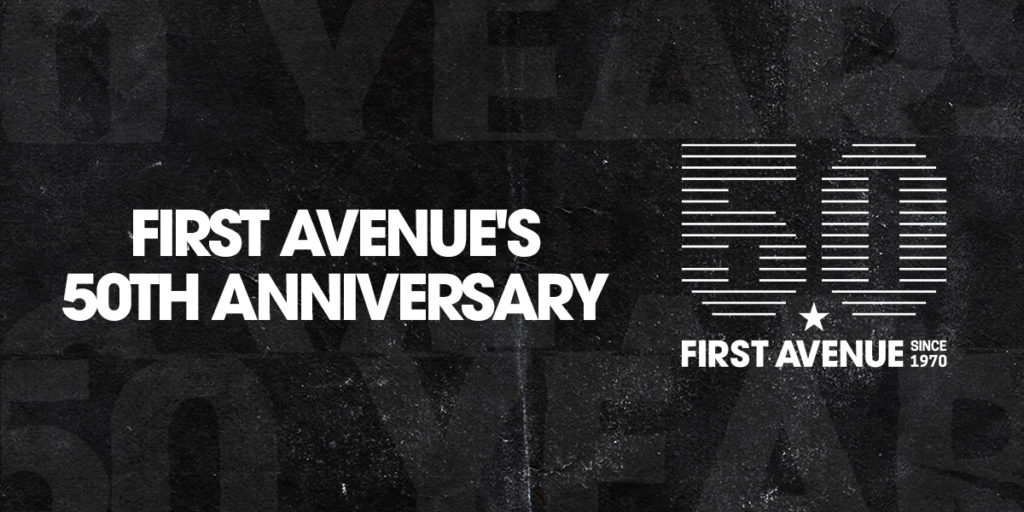 The club, which last year responded to a Trump rally on their doorstep with a massive donation to Planned Parenthood, had to postpone all of their March and April shows, including a sold-out run with The Hold Steady, due to COVID-19.

Instead, they’re inviting you to celebrate from your couch at 7 PM CT with a broadcast hosted by Har Mar Superstar, and featuring some awesome local and national surprise guests.

You can tune in at:

The online event will be raising funds for the Twin Cities Music Community Trust, First Ave’s benefit fund for musicians, door staff, bartenders, stage crews, photographers, and anyone who has lost a gig due to COVID-19. Additionally, a cross-section of local radio stations will play Prince’s “Purple Rain” live on air in unison at 5 PM CT.

When this is all over, we expect the most memorable show season ever. Until then, Happy 50th First Ave!