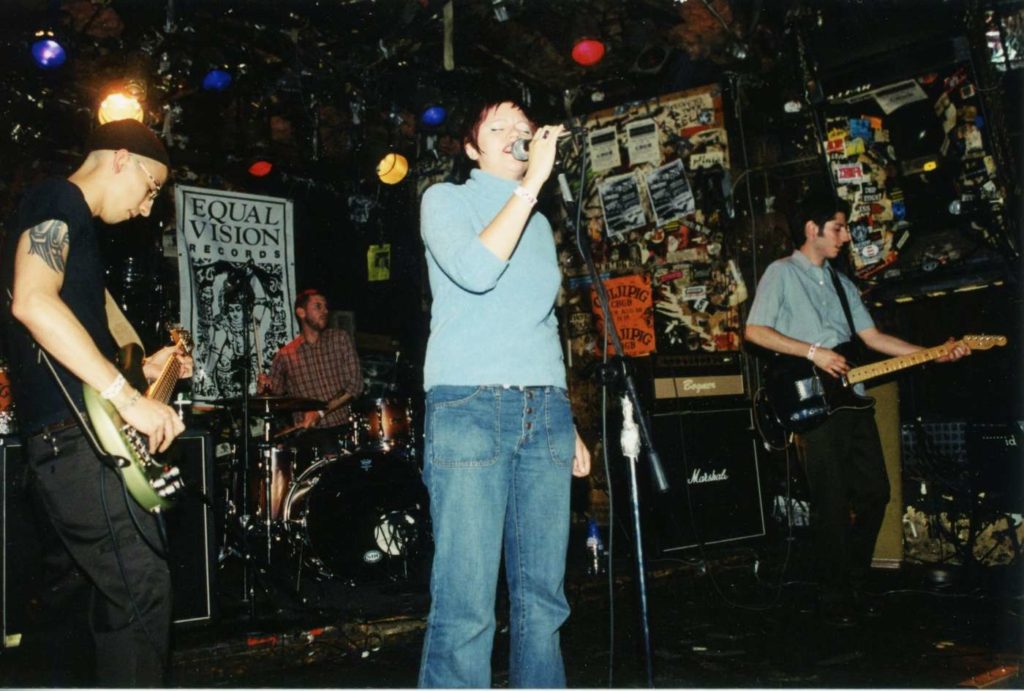 In their heyday, Florida’s The Rocking Horse Winner carved out a niche for themselves with an infectious mix of Indie-Pop, Rock and Roll, and Post-Rock. Comprised of ex-members of As Friends Rust and Jolie Lindholm (whose voice is near and dear to many of us from her work on Dashboard Confessional’s The Swiss Army Romance), the band released two full-length albums. The latter of their eforts was released on the seminal hardcore label Equal Vision Records, who were just themselves shedding their krishna-core image. 2003’s Horizon showed a band comfortable in its own skin and able to allow songs to breathe and maintain their own life.

With Equal Vision’s blessing, Friend Club Records has announced that they will be offering up The Rocking Horse Winner’s Horizon on cassette for the first time. Limited to 50 copies with art that stays true to the original while fit to the format.

You can order your copy of Horizon today via Friend Club Records!