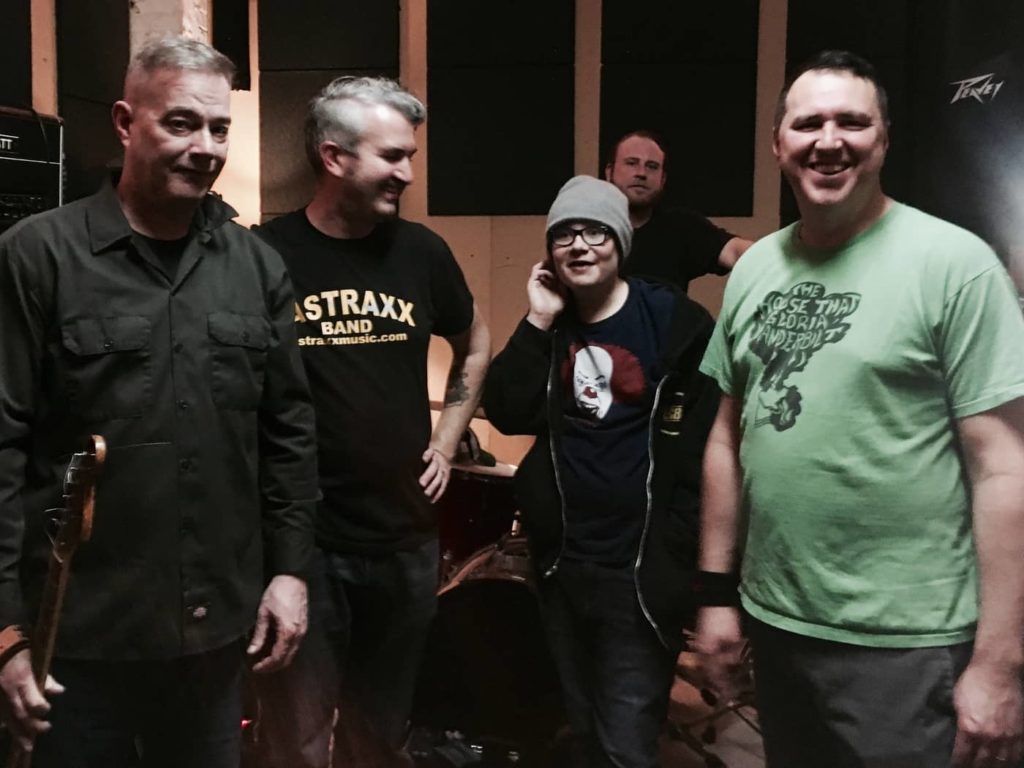 Jack lives with autism and grew up in the punk scene, due to his parents’ lifelong love of music. Naturally, he took to punk and to the stage at an early age. And being family friends with the Adolescents didn’t hurt either.

“We’re all inspired by Jack,” says Miguel Barron. When his producer friend, John Hiler, saw Jack perform at a block party, a light bulb went off and he told Barron, “We should do a recording with this kid.”

The album features original songs, “Crossroads” and “Tweet This” as well as covers that members did of each other’s bands: “New Dreams” by Naked Raygun and “Who Is Who” by the Adolescents. This is among the last known recordings to be released with the late, great, Steve Soto on bass.

Keep checking back for more updates on Noise Policy!