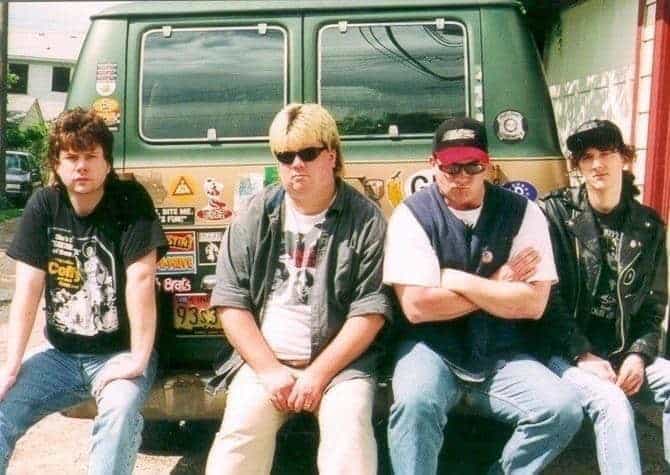 On Friday, February 7th, Indiana’s own Failure Records & Tapes will be reissuing Sloppy Seconds legendary live album Live – No Time For Tuning for the first time ever on vinyl! Originally self-released in 1995 only on CD, the album has long been out of print.

Recorded in their home town of Indianapolis, and produced by Zero Boys mastermind Paul Mayhern, the recording captures the Junk Rock kings in all their sloppy glory. After a quarter century, it’s finally getting the deluxe treatment it deserves.

The new version is remastered and features all new artwork. For collector types, Live – No Time For Tuning will be available in “Al Testicles” green and clear vinyl. Sloppy Seconds is also headed out on a Midwest and East Coast tour so keep checking back for more updates!