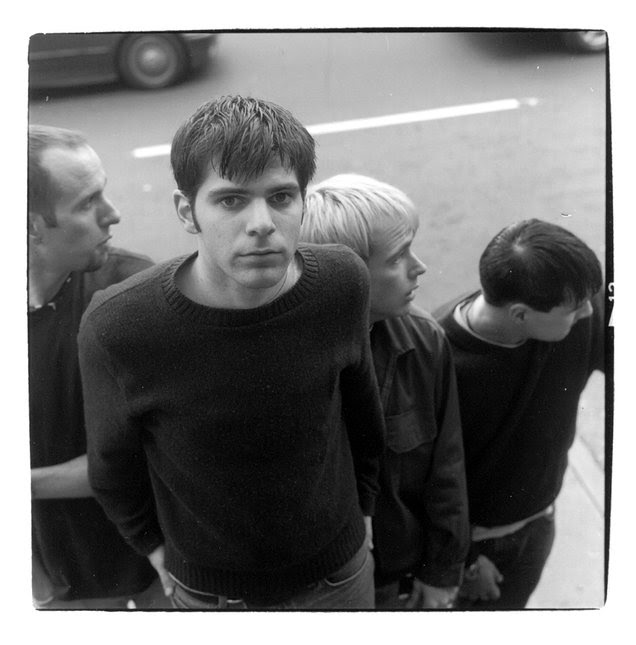 Steadfast Records along with Deep Elm Records has announced that they will be releasing two limited edition deluxe vinyl and cassette reissues by second wave emo heavyweights Cross My Heart. Originally released over two decades ago, the Baltimore quartet came out swinging on their 1998 self titled debut EP. They followed it up in 2000 with the band’s only full-length album, Temporary Contemporary. Each album has been remastered by Adam Boose at Cauliflower Audio, and new lacquer masters were cut by Bob Weston at Chicago Mastering.

Vinyl pressing quantities are limited to 300 of each title worldwide, and 50 of each cassette. For the self-titled album, there will be 60 copies available on opaque bright yellow, 100 copies on transparent orange with a red Swirl, and 140 copies on opaque bright red. There will also be 50 cassettes on blue tint cassette. For Temporary Contemporary, there will be 60 copies on purple and white swirl, 100 on natural, and 140 on transparent pink. Plus, there will be 50 cassettes on orange shell. There are also t-shirts, pins, bundles, and autographed test presses too! You can pre-order your copies of the reissued albums today in advance of the October 1st release date!