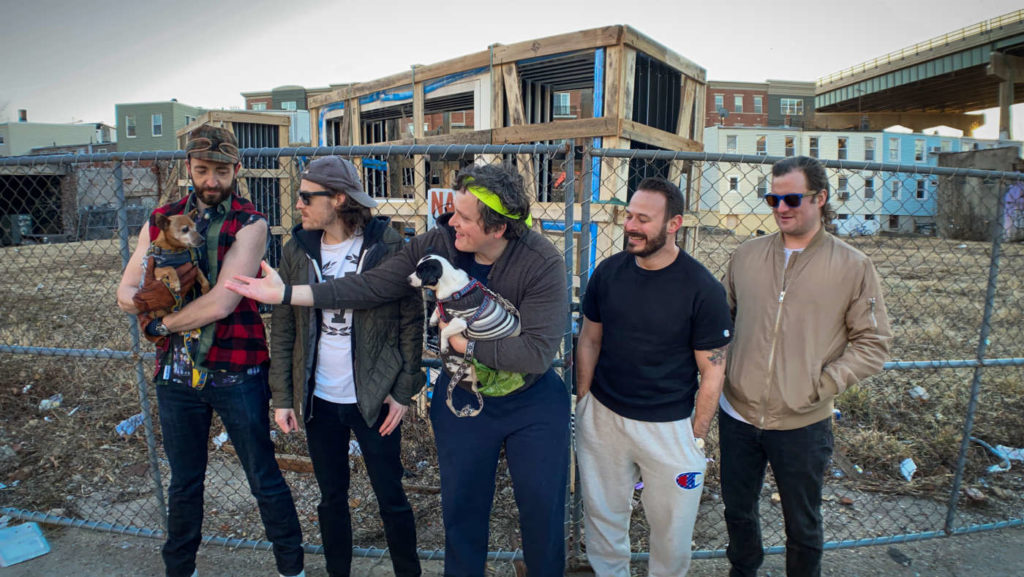 Jersey City’s Supermutt is a big-hearted Rock band with an even bigger sound that salutes Ska, Waltz/Blues Rock, and in-your-face Rock ‘n’ Roll forebearers equally. Adopting its current form in late 2019, the core of Supermutt’s current lineup are no strangers – they’ve played in a cover band at bars, weddings and other events in the NJ area since 2011. While they’d never attempted original music until recently the band release their debut, Sinner’s Boast, on June 11th.

With limited time before the pandemic for gigging, Supermutt only has a pair of live performances under their belt. However, since three of the band’s songwriters live within a block of each other, they’ve been aggressively recording and delivering online content for over a year. Supermutt started by doing some online “variety shows,” playing original music, covers, and performing funny skits in order to raise money for the Grace Community Services Breakfast Plus program in Jersey City. The program delivers meals to anyone that asks, no questions asked. Their online content evolved into several live streams, podcasting and even their our own virtual holiday music fundraiser with 25+ local acts to further raise $ for GCS.

Although Supermutt didn’t form with the sole intention of raising money for charity, members of the band remained gainfully employed during the pandemic so they felt compelled to collect donations to benefit the people that really needed it. By the end of 2020, Supermutt had raised over $13k towards feeding those in need in NJ and distributed the funds between GCS and Fulfill Food Bank. Additionally, in March 2021, Supermutt ran a virtual Irish music fundraiser collecting $7k to benefit JDJ Charitable Foundation’s Pediatric Wheelchair Program!

At the beginning of 2021, Supermutt had a couple of songs in the final stages of being recorded and mixed. To date, six of their seven songs are available on all streaming platforms. The final song, “Sinner’s Boast,” will be released with all of the other songs as a full album in June!

The band has teamed with local brewery, 902 Brewing Co. in Jersey City, for a special concoction to commemorate the achievement. Supermutt Sinner’s Boast New England IPA will come with a Spotify QR code, and the band is planning a dual album/beer release concert at the brewery on June 18th.

Stream one of the new songs below and peruse around the band’s Bandcamp for more!