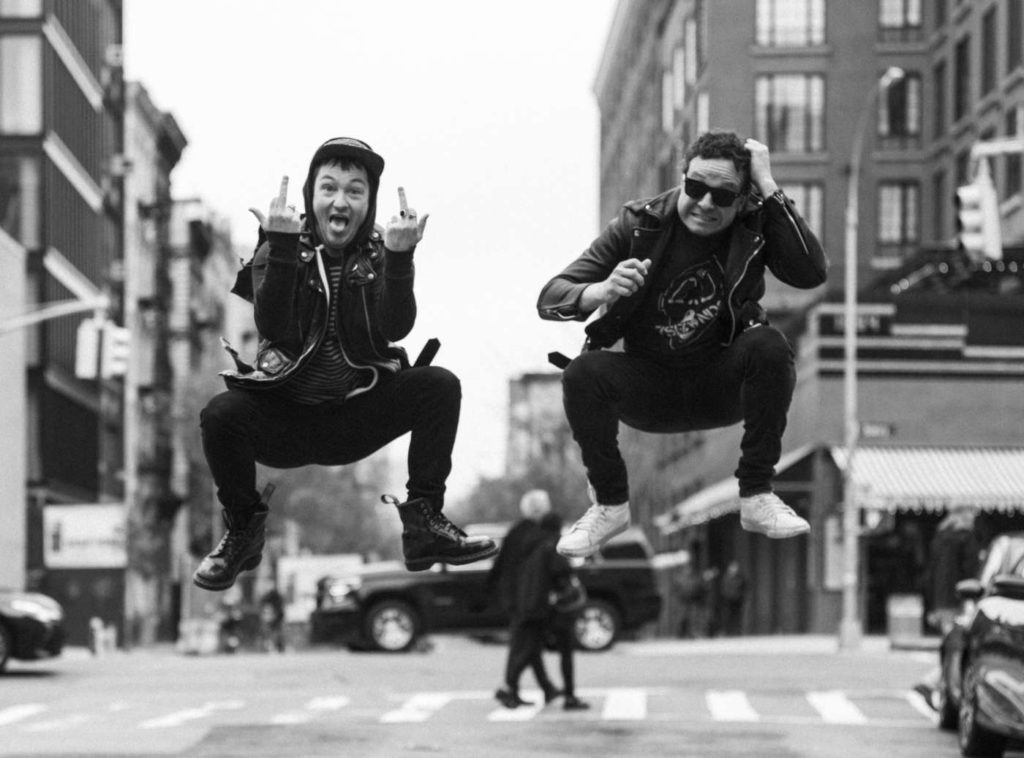 The Death Set has released a new single and accompany video for “No Where is Here.” The song is featured on their upcoming album How To Tune A Parrot which will be released on September 10th via Cobraside and Behemoth.

The album follows on the heels of a sustained period of sobriety and personal introspection that brings a new depth to the band’s trademark incandescent bursts of twisted noise pop. How To Tune A Parrot delivers 13 new songs that are served up in 2-minute bursts of distorted melodies, buzzing synths and frantic beats, all overlaid with bratty vocals that set their sites on disparate topics, from creative blocks, to NYC’s dark underbelly, and to embracing bad decision making.

The video for “No Where Is Here” collages 2006-2010 NYC DIY show footage against a visual of duo consisting of Johnny Siera and Dan Walker playing guitars with their heads reversed in an homage to the song’s lyric “I had to move far away, just to keep my head straight.” The song itself is a response to the feeling that you have nowhere to go.

Watch the video for “No Where is Here” below and keep checking back for more from The Death Set!