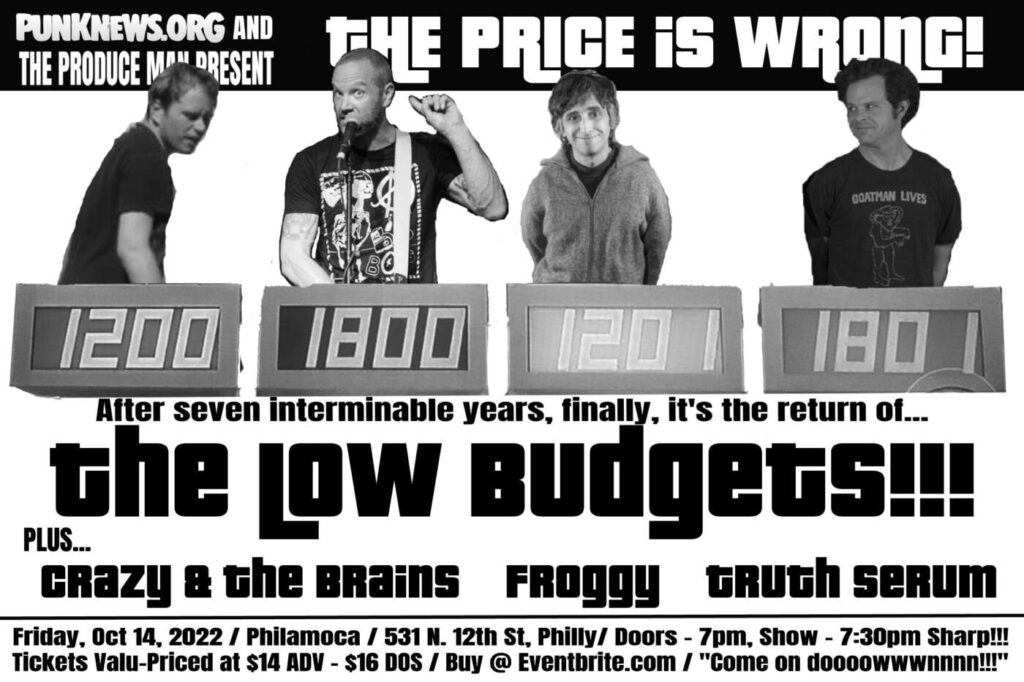 The Low Budgets will be reuniting for their first show in seven years! The Philadelphia-based Punk/New Wave band features Chris Peelout (guitar/vocals), Joe Jack Talcum (keyboard/vocals), and Dandrew Stevens of the Dead Milkmen (bass/vocals). The all ages show will be held on October 14th in Philadephia at the Philamoca Venue. The band will be playing an extended set of their classics along with some rarities. On top of that, they will be selling a limited edition cassette that includes unreleased recordings that will only be offered at the show.

From 2000-2008, The Low Budgets played hundred of Philly basement shows. The band actually insisted on playing small shows in basements, VA halls, and other DIY spots, earning them a reputation as a funny and unique Punk band. The band released albums three albums, which often bent socio-political issues around a funny core, before going on hiatus when Peelout emigrated to Germany. After that, bassist Dandrew became a permanent member of the Dead Milkmen, alongside Joe Jack Talcum. Since then, the band has played only two reunion shows, both in 2015.

Support for the October show will be offered up from Jersey City’s Crazy & the Brains, Philly-based up-and-comers Froggy, and Truth Serum. Between sets, the audience will be playing The Price is Wrong – a game show where contestants try to guess the value of Punk Rock times and can win fabulous prizes!

Grab your advanced tickets HERE for only $14!

And listen to The Low Budgets below: