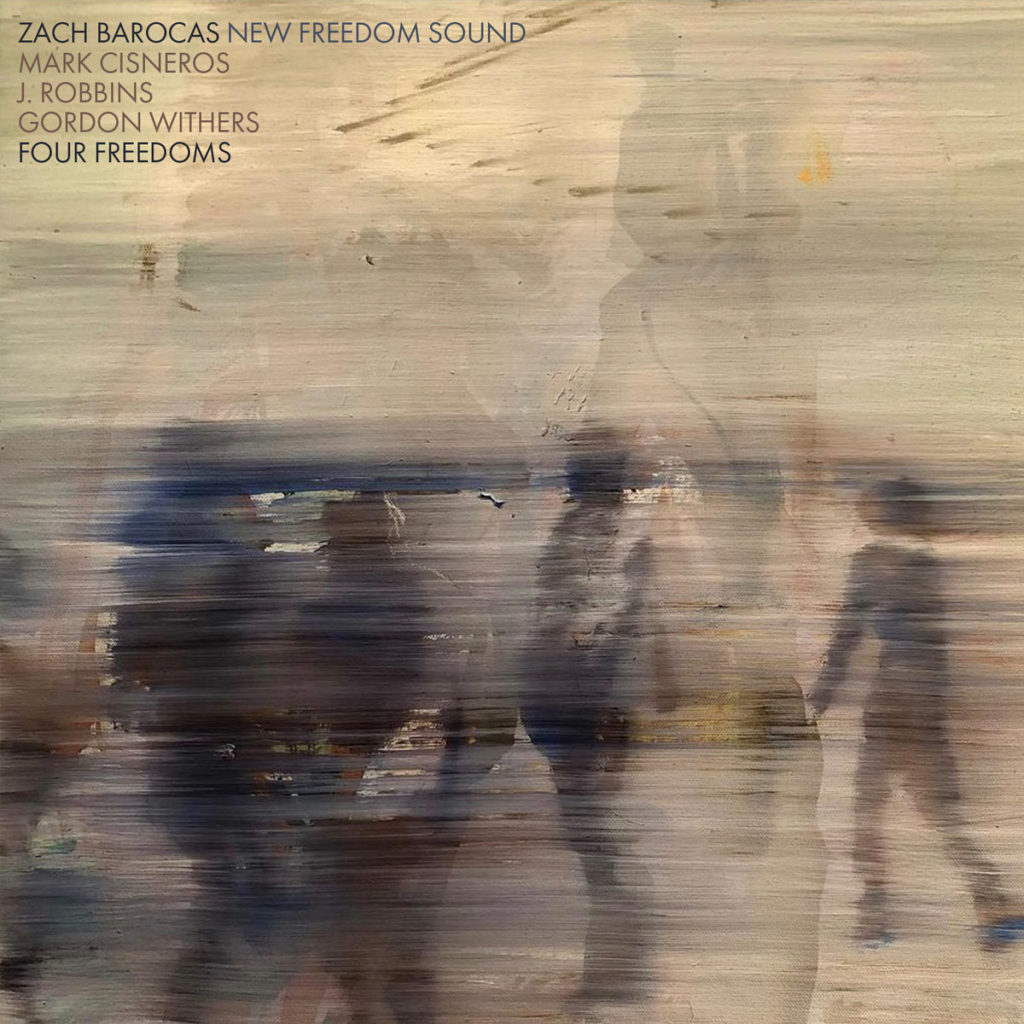 Zach Barocas New Freedom Sound has released a new album entitled Four Freedoms. This collection gathers the first completed works in an ongoing series composed by Barocas. Initially devised from beats and recurring vocal harmonies, these pieces grow according to their own perceived need, inspired along the way by the contributions and interpretations of New Freedom Sound’s collaborators.

Barocas had the following to say about the release:

“On March first of this year, not a note of this music existed. I had much of it in mind one way or another for some time but didn’t know where to start or how to capture it. It came to me, finally, that I could put together a modest but effective studio, sing the primary chords of each piece, record them over basic drum tracks, and send the results to cellist Gordon Withers. Gordon then sent me his cello ideas for each piece, frequently several at a time, which I edited and shaped into skeletal versions of enumerated compositions eventually called Freedoms. From there, the sketches were sent to J. Robbins and Mark Cisneros, and we all met at Magpie Cage in Baltimore to record their ideas and improvisations. I finished the pieces back at my studio, sent the files to J. for mixing and Dan Coutant for mastering and that is the story of these recordings.”

Stream the new album below and purchase your copy today!

Four Freedoms was composed by Zach this year between the months of March through July. It was recorded by J. Robbins (assisted by Matt Redenbo) at Magpie Cage in Baltimore, Zach Barocas at Fugitive in Brooklyn,  and Gordon Withers at his home. It was mixed by J. Robbins at Magpie Cage and mastered by Dan Coutant at Sun Room Audio, July, 2021.