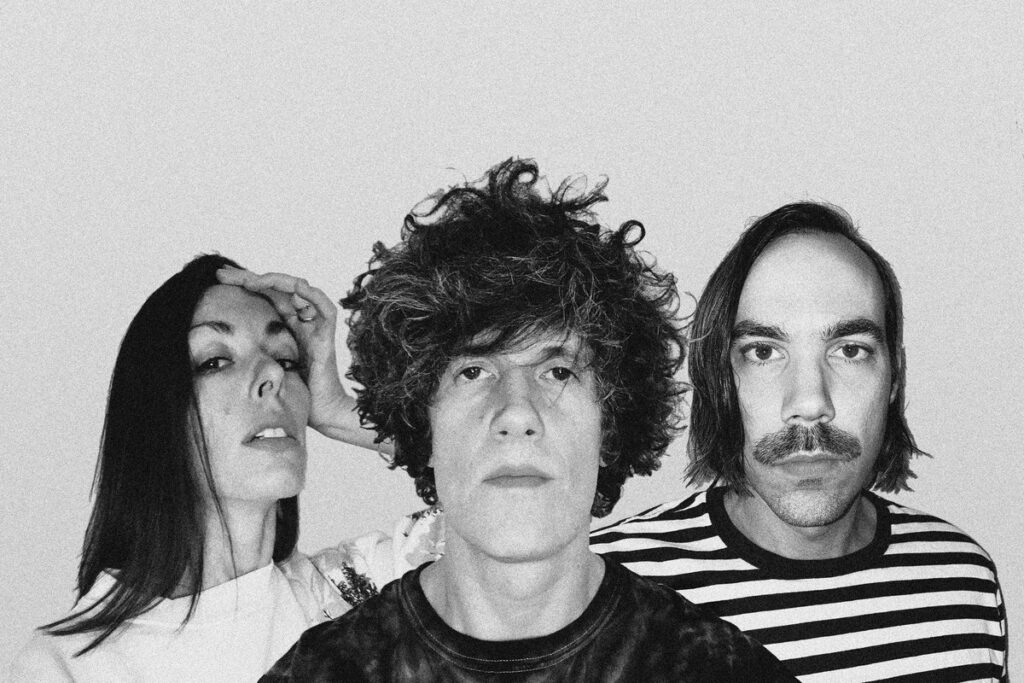 Los Angeles, CA via Montreal’s American Lips has released a brand new maxi-single. The three song release, entitled Waste of Crime is out not via Ancient Fashion Records. Double A-sides “Waste Of Crime” and “Labor Of Hate” are backed by extended dub remix “Labor Of Dub.” The band features Death From Above 1979 drummer Sebastien Grainger and prolific producer Adrian Popovich of FRVITS and Tricky Woo.

In explaining their newest offering the bands’ latest one-sheet asks you to ponder, “Ever wondered what it would sound like if The Art Of Noise produced a Plastic Bertrand record?” To clear up that question Popovich explains:

“I spent a good chunk of 1988 listening to the Colors OST and the ‘Kiss’ cassingle by The Art Of Noise and Tom Jones. This older kid Rob on my street who was into punk rock said ‘the Colors soundtrack is pretty cool but that Art Of Noise song is garbage!’ As a nine-year-old, I’d yet to be called out on my questionable musical tastes. Rob made me a mixtape with songs by The Ramones, Misfits, Motorhead, The Buzzcocks and a bunch of other essentials. I’d never heard any punk music before and the impact it had on me was huge. Ffwd to 2022, when Sebastien unilaterally decided to add Fairlight sample horn arrangements to two new American Lips songs, the simultaneous feelings of glorious discovery and deep shame I felt in 1988 came flooding back.”

Stream the new maxi-single below and order your copy of other American Lips releases on vinyl! Also, keep your eyes peeled because the band has been stockpiling recordings, with a series of new and archival releases planned for 2023.