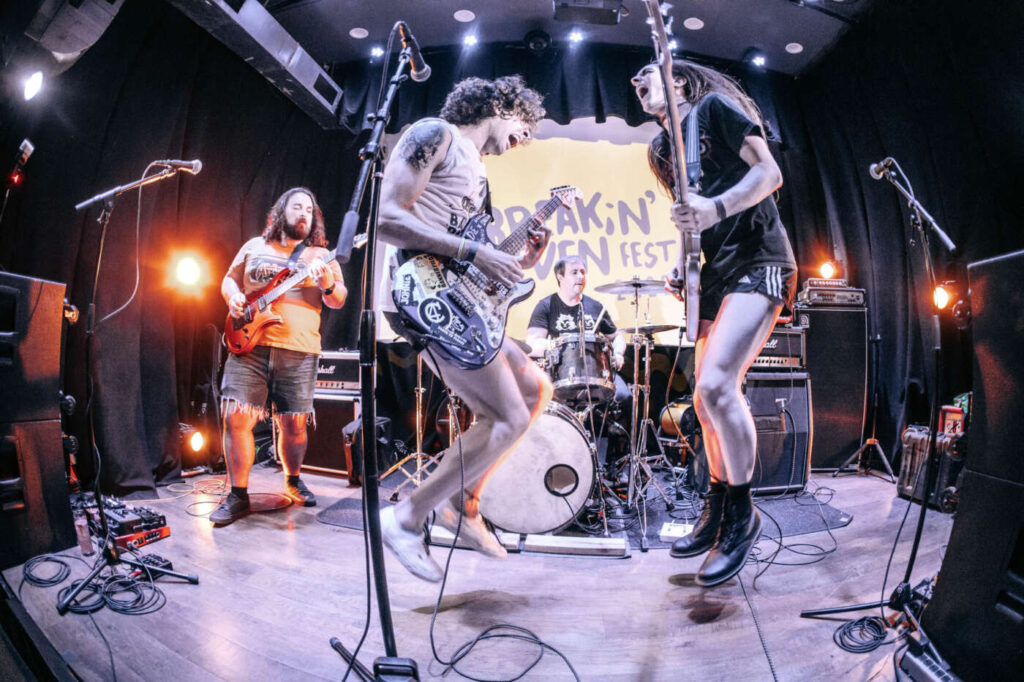 Today, Maryland’s Braceface has released the debut single, “All My Friends Are Growing Up,” off their upcoming album. The new record, Don’t Lose Your Dinosaur, will be the band’s sophomore LP and will be released on October 21st. It features fifteen new tracks which were recorded, mixed, and mastered entirely at The Braceface House by Mitch Nelson. Plus, five friends from different bands played bass on the new album!

Band member David De La Rosa had the following to say about the release:

“Some people may not know this, but our first recording experience was extremely toxic. Like, legit, we low-key broke up as a result of those recording sessions. It was literally like Josie & the Pussycats but without the cat ears. Eventually, better decisions were made and we would move in together to start The Braceface House, but that half a year we were nothing were some of the worst times of my life. So it was imperative we had recording experience that was way less toxic – so we did it ourselves!”

“I don’t think I truly realized how much that experience affected my writing until this year. I basically had to reteach myself how I wrote songs. Every time I tried to sit down and write I would just hear that nagging voice in my head go, ‘You have to count the syllables, words have to rhyme, don’t use filler words, short fast songs can never be great, etc.’ I forgot what made my songs unique to begin with and spent lots of time exploring what that meant to me again.”

Stream “All My Friends Are Growing Up” below and keep checking back for more from Braceface!