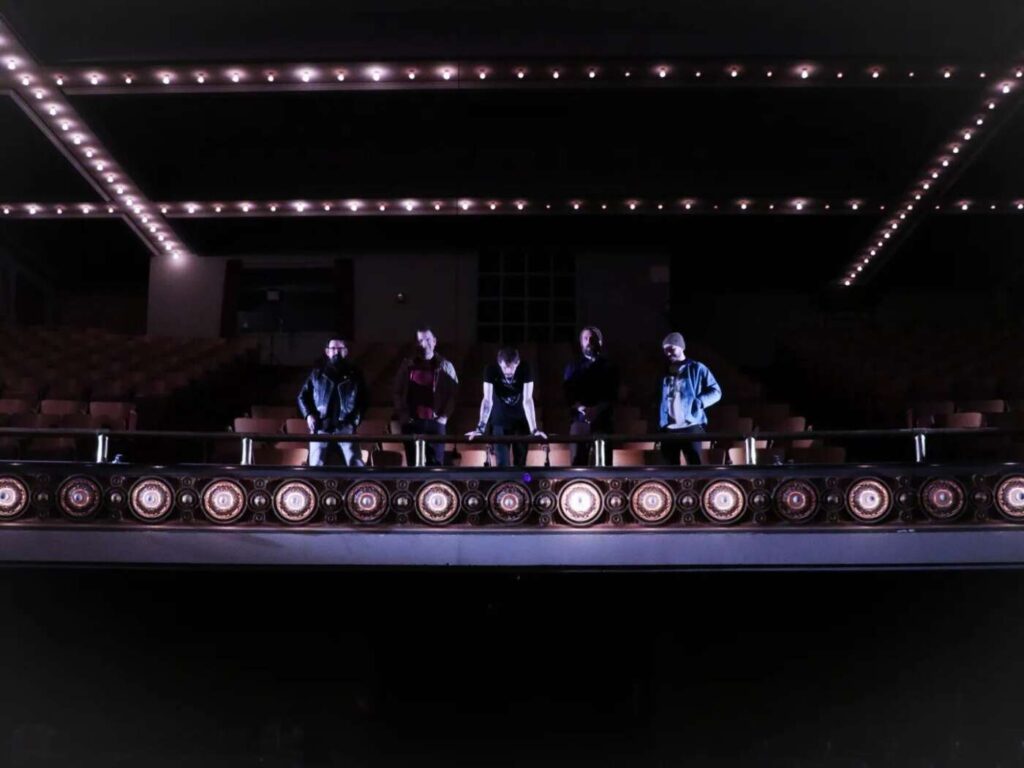 After undergoing many musical shapes and forms over the decades, West Tennessee multi-instrumentalist John Christie started making solo material in 2019. These songs caught the ear of other better-known artists, one of whom urged him to come up with a new name for his project. Christie chose Catholic School as a new moniker and took to the studio in 2020, reaching deep into his past as a recovering drug addict.

He constructed a debut, self-titled EP built on the memory of lost loved ones, incarceration and undying friendship. With the help of local Memphis artist Ben Ricketts, the album was completed over a year later and was released on Cercle Social Records as a cassette and digitally by Christie’s Maudlin Jerk Records.

The Needle in the Storm digital 7″, available now via Maudlin Jerk, follows scores of local shows, the assembly of a live band, and is the first release since Catholic School’s debut. The single was mixed by Shaun Durkin of Soft Kill and art was provided by Smoking Room.

Christie had the following to say about the title track:

“‘Needle in the Storm’ was the result of a complete depressive breakdown. Being that I don’t use drugs any longer, a lot of times I have songs fighting to get out of my head and into the world. That’s sort of my way of dealing with these things. Though going through the motions of actually laying it all down requires a bit of psyche myself up, it was a super cathartic experience. History overlaps itself in this one and that serves to help me remember that I’m one misstep away from entering back into a world of madness, death, and incarceration.”

And he added this about the B-side of the single, a cover of Johnny Thunders’ “So Alone”:

“The reason I went with the Thunders cover, aside from him being a necessary cog in the history of what we do is, is that I feel like it was rare, even then (even rarer now), to find someone who actually lived what they were singing about” Christie says. “He walked the walk, much to his detriment. And I’ve always gotten the sense that he meant every word he was singing in that song. He seemed so all alone, even surrounded by people all of the time as he was.”

Stream both songs below and grab your copy through Bandcamp today!