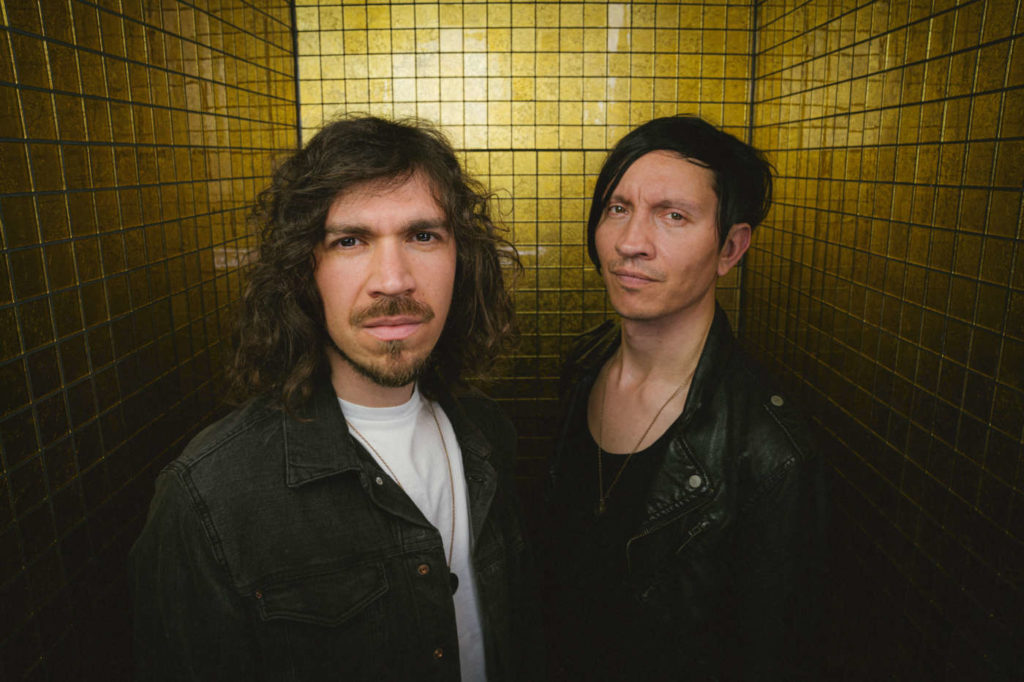 Berlin-based duo Chaos Commute has released a new single entitled “A.S.A.P.” featuring Richie Ramone, who served as the drummer for the RAMONES from 1983 to 1987. The song is about impatience and pressure, that “as-soon-as-possible” feeling. The lyrics detail this state of increasing attacks where in the end you don’t even know anymore what the argument was about.

Years ago, the duo’s stage energy drew the attention of Stefan Schumacher, European booking agent for Richie Ramone. Schumacher approached the band and asked if they would be interested in being the supporting act for Richie’s European tour. In return, Chaos Commute asked Riche if he wanted to perform one of their upcoming songs. He instantly chose “A.S.A.P.” He recorded his vocals in LA within a couple of days and sent back this incredible performance.

Listen to the new track and watch the accompany video below and check back here again soon for more from Chaos Commute!