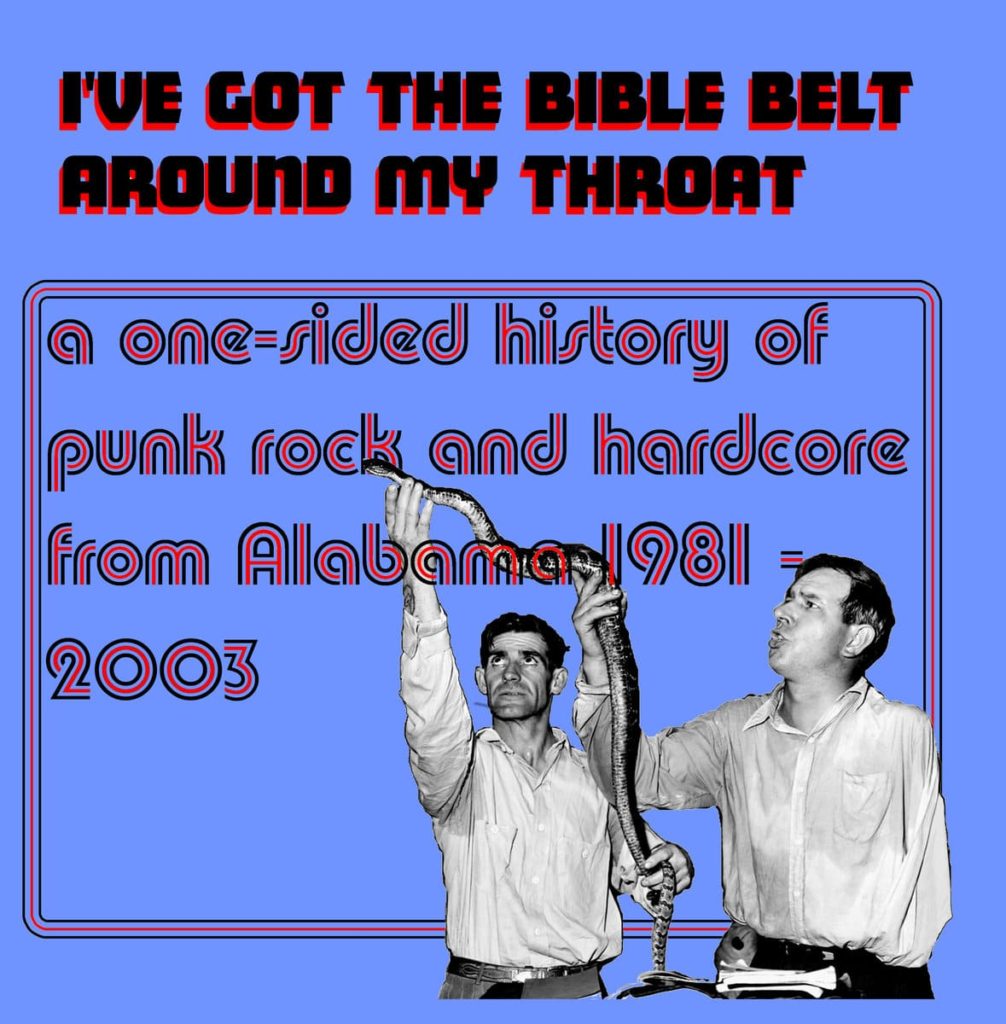 A few weeks ago, the Chicago based cult label Foreign Legion Records announced the release of a “Killed By Death” style LP of Alabama bands.

“Eh, Alabama bands? What has Alabama ever contributed to Punk music?” you may ask yourself.

Well this compilation, entitled I’ve Got the Bible Belt Around My Throat, covers Hardcore Punk from the state recorded between 1981 and 2003 (along with some bonus material that goes through 2010), much of which has never been released outside of demo tapes. The physical release will include extensive liner notes about the history of punk in the state.

While the comp is now available digitally through Bandcamp, a physical copy of the LP is expected to be released in April 2018.

Take a listen to some Alabama-based punk rock now!