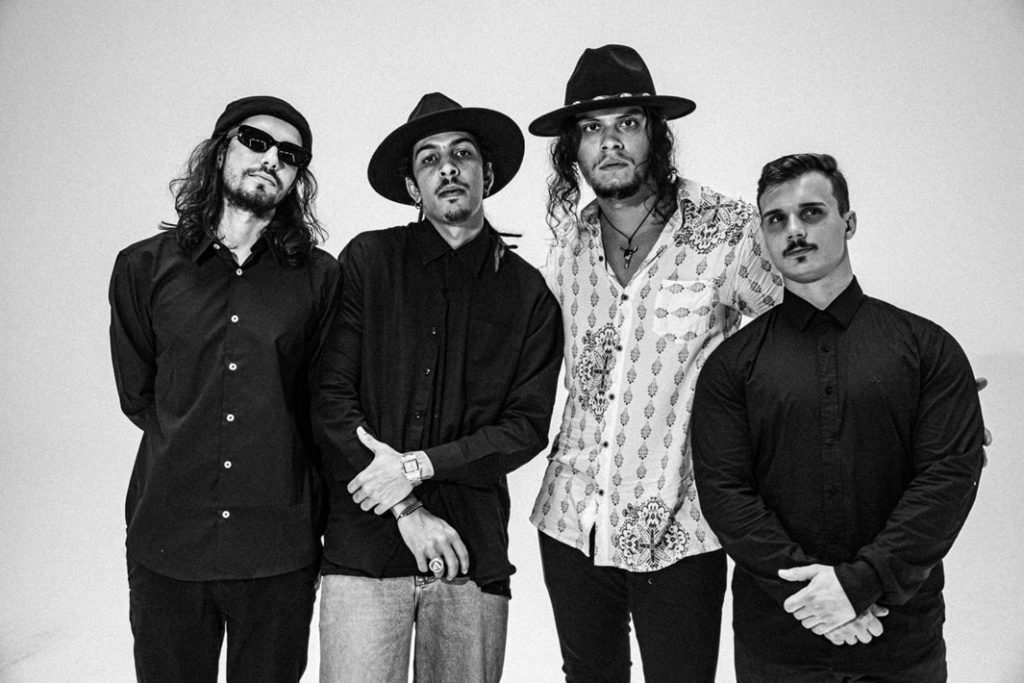 The Brazilian Rock band Fusage has just released their second full-length album entitled Outburst Desert. The ne release is out now on all streaming platforms via Bananada. It was produced by Rodrigo Sanches (CSS, Céu, Nação Zumbi, Andreas Kisser) and recorded at the Rootsans studio in São Paulo.

In 2021 the band signed a contract with Festival Bananada’s new label and presented four tracks on the Bananada BR series including the singles “Fearless Soul” and “Cerberus” as a demonstration of their recent work.

Stream Outburst Desert below and check back soon for more from Fusage!