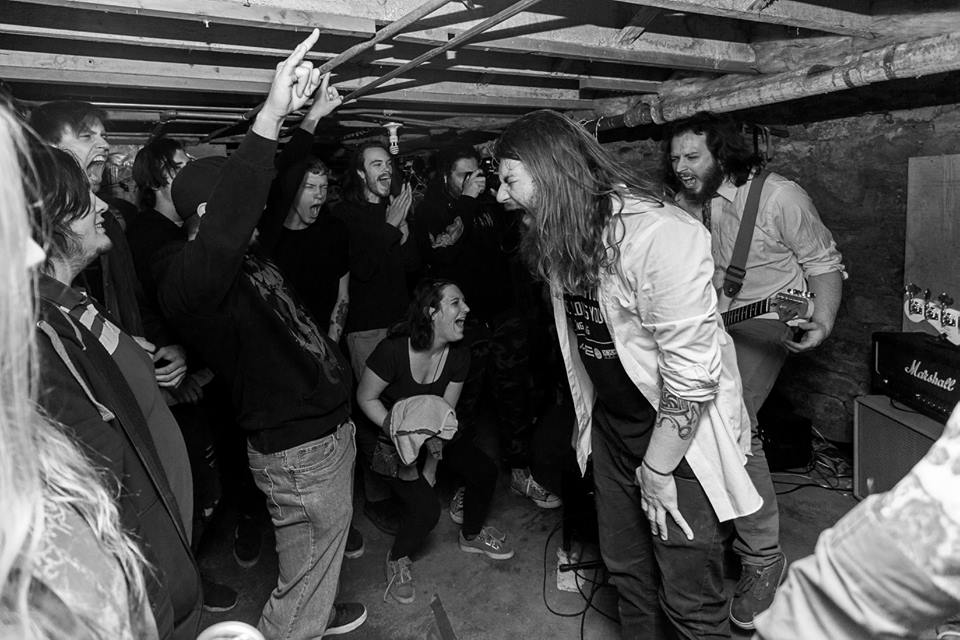 Wisconsin’s Meat Jelly has announced the release of their debut LP, entitled Blackouts. The release is the culmination of the last two and a half years of labor for the band, which has seen them on numerous self-booked tours across the Midwest and the South.

Meat Jelly has also released the first single, “Pass Interference,” from the new album. The song showcases the band’s evolution from a scrappy Blues/Punk band to a more focused, Jazz influenced post-Hardcore sound.

Listen to Pass Interference below and check out the track list for Blackouts too:

1.) The Guns and the Gold….
2.) Pass Interference
3.) Harvesting Season
4.) Boneless Mimosas
5.) Reading the Mysterium Xarxes
6.) At Mankar Camoran’s Paradise Lounge
7.) Elementary
8.) Vitamins | Patience
9.) …Will Be Buried in the Sand