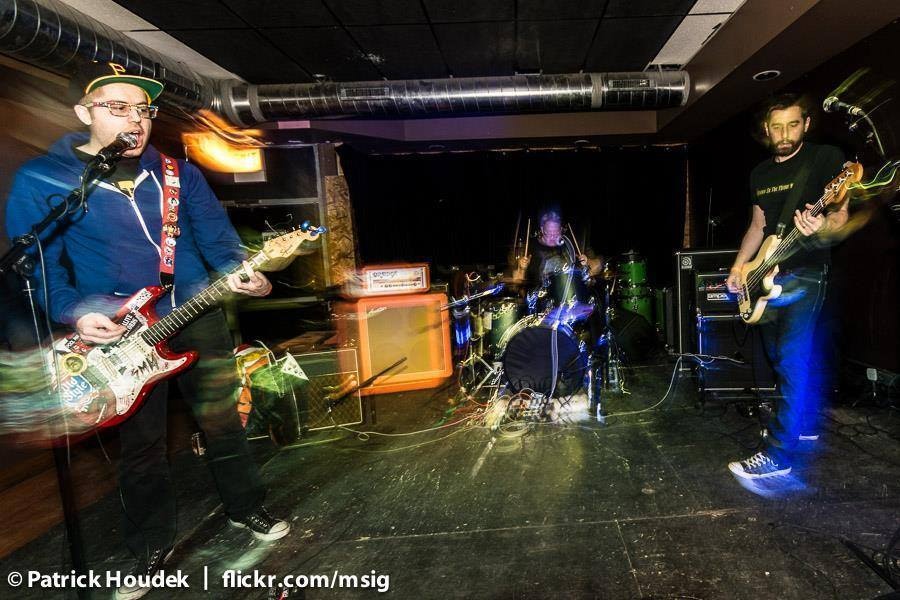 While Modern Advances isn’t the only punk band in Chicago that loves horror movies, they are the only one releasing a brand new EP of all Halloween tracks this year. The Chicago snot punks dropped a new Halloween-themed EP, Nightween, on October 27th.

It leads off with a reworking of the song “Halloween” off of the band’ self-titled 2014 debut, a somewhat goofy party anthem about drinking too much on Devil’s Night. Next up is the title track “Nightween” which can call any Misfits fans to the forefront as an ode to an unnamed bloodsucker. The track list rounds out with four more songs which include two Misfits covers and an even more reworked version of the first track, aptly named “Halloween II”

Given that the cover art is an ode to the 1961 blood splatter flick Horror Hotel, you can expect lots of bludgeons along the path of this slasher of an EP which clocks in barely over 16 mins.

Listen to Nightween in full now and have a Happy Halloween!