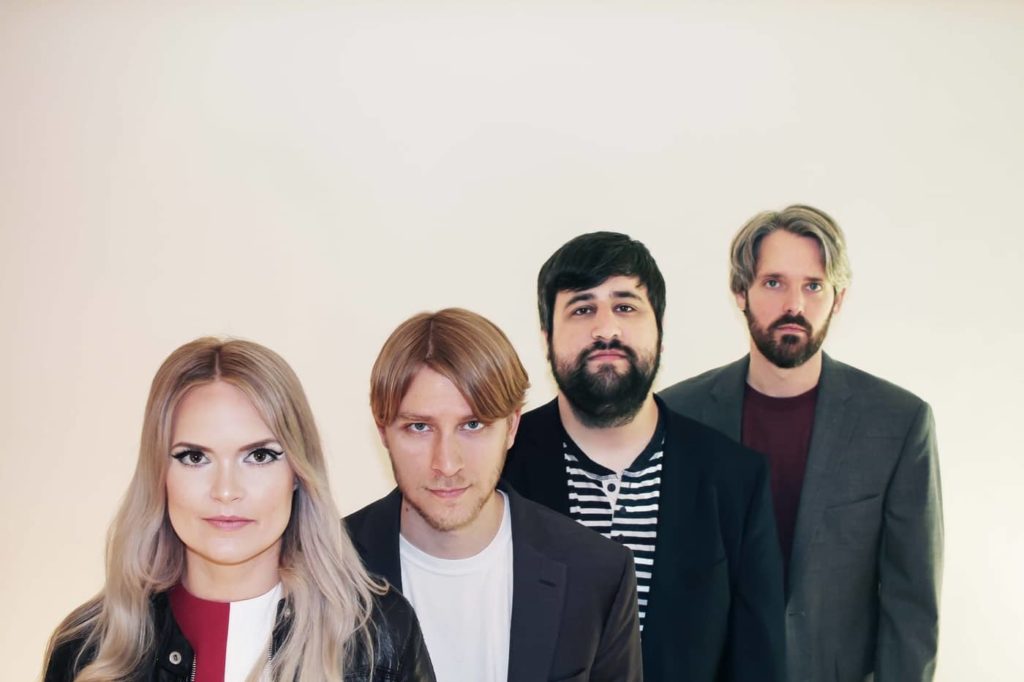 Originally from a small town in South Carolina, Madison Lucas – who took up songwriting in college – found herself with enough songs to make an album in 2011. With the help of Kenny McWilliams (Archer Avenue Studio) and Dave Harris (Studio B Mastering) she released the bedroom ep.

Flash forward and Madison has met bassist Harry Kollm who she marries in 2017. The two spend their first year as husband and wife recording along with guitarist Phil Pucci (who orated their wedding) and title their band Modern Moxie. With a little help again from Kenny McWilliams, the band has composed their debut release, a labor of love LP entitled Claw Your Way Out, which will be officially released on both vinyl and digital formats on June 7th.

Today, we’re happy to be premiering a brand new song from the Charlotte, NC four piece. Stream “Flowers in Your Hair” by Modern Moxie now!

Like what you hear? Of course you do! Pre-order your copy of Claw Your Way Out today!