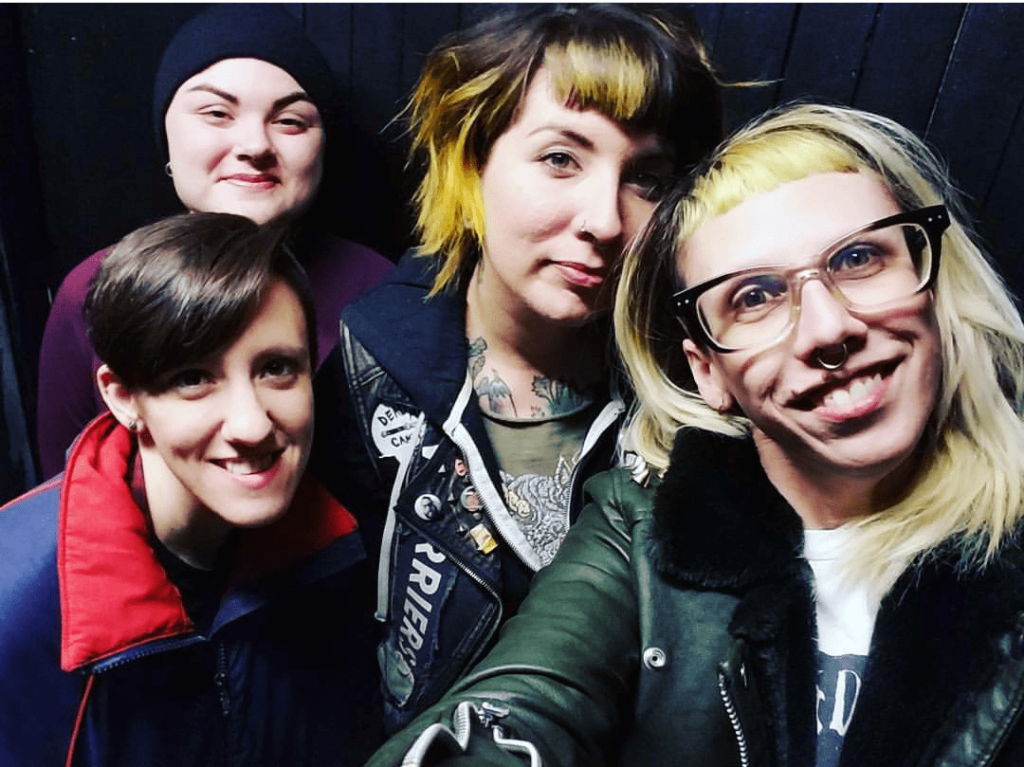 We’re stoked beyond belief to be premiering a new track by NonCompliant, a riot grunge band from Lexington, KY. The band was formed in 2015 after bassist Ryann became fed up with bands asking her to be “the hot girl bass player” in their band. She started a band of her own and since that time, NonCompliant has released a self-titled demo and played shows with some of our favorites like Dollar Signs, The Plurals, and Two Houses. They are also currently working on a full length album.

Today, we’re streaming the band’s newest single, entitled “Give It a Rest”. The song tackles the overwhelming issue of sexual harassment.

The final line of the song, “there is more to me”, becomes a mantra for anyone that has been a victim of harassment and made to feel that their only purpose in life is as a collection of body parts designed to please other people.

Stream “Give It a Rest” below!