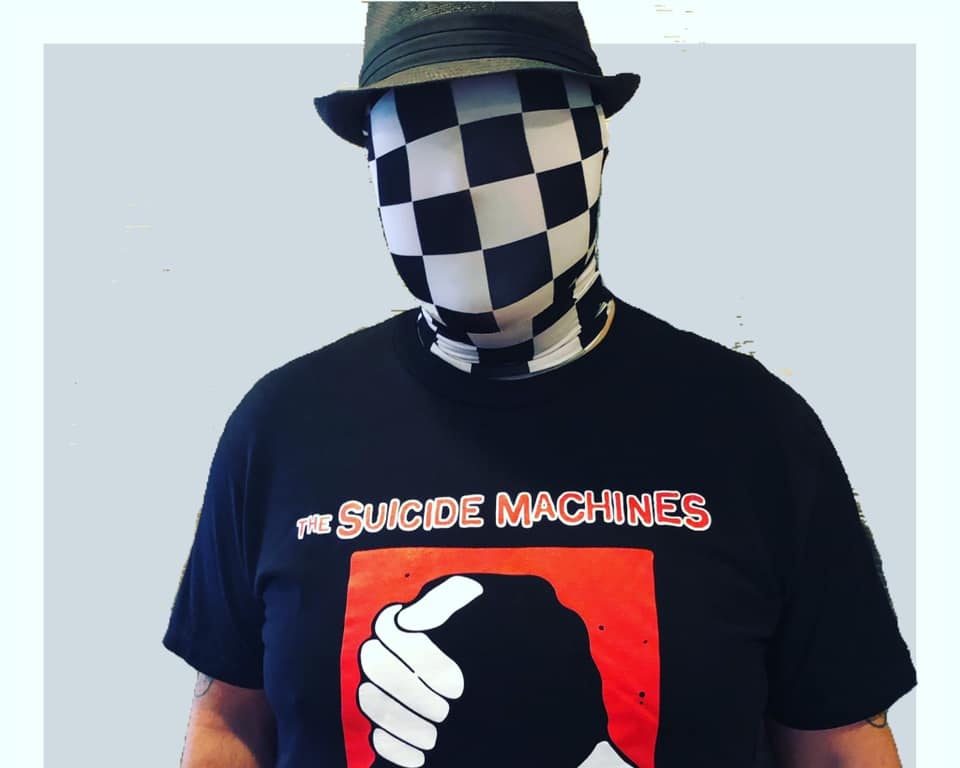 It’s always interesting when we get a submission which is better written than anything we could construct. I’ll let this one speak for itself. Here’s what we recevied:

Years ago when Prince Loogie was much younger and so handsome he didn’t need to wear a mask he learned some of life’s greatest lessons: racism is bad, dancing is good.

Nearly a quarter of a century after sharing the stage with bands like Mustard Plug, Gangster Fun, Animal Chin, The Parka Kings, and The Suicide Machines with previous projects, Loogie emerged from his dungeon as a one man band armed with a three stringed guitar and a desire to turn up the fun while hanging on to hope for a better version of his kingdom.

His first single “Tear It Down” speaks to the need for building a better version of yourself while the B-side, “Do What You Like” explores following your passions and individuality. He wears a mask… maybe because his identity is of no significance… or maybe he’s just trying to make sure he’s not spreading any deadly viruses… or maybe he’s just a little insecure. Whatever his reasons, he’s here to have a good time and use his to shine a light during a dark time.

Listen to the new songs by Prince Loogie which were released on July 10th and keep checking back for more on this masked Michigan musician!