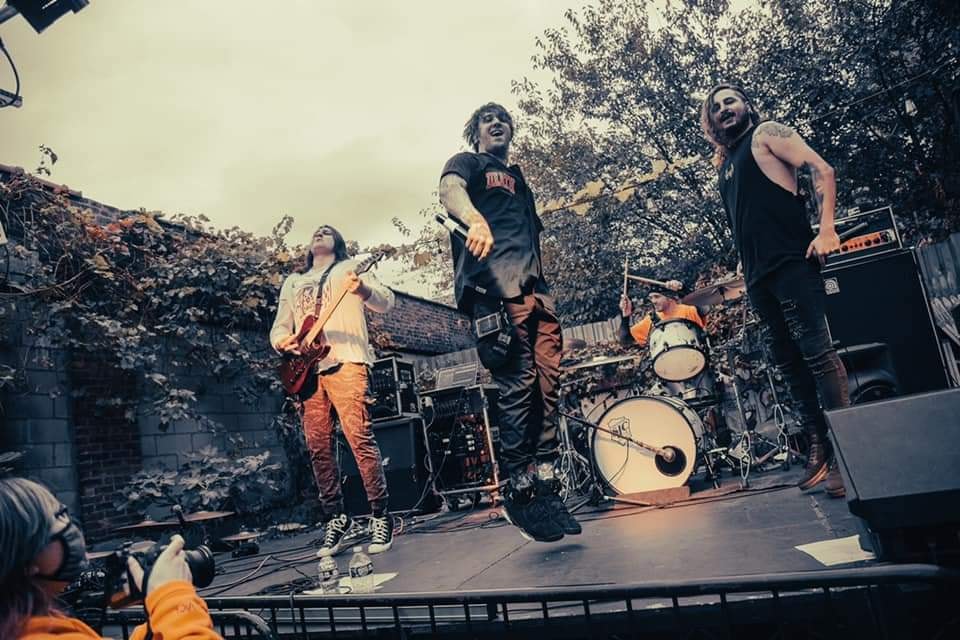 Metalcore band Saving Vice has released their newest album, an EP entitled Dichotomy, just ahead of their upcoming fall tour. The Dichotomy EP was written by the band and brought to Justin DeBlieck (formerly of Ice Nine Kills) for production, engineering, and mixing. It was mastered by Steve Sopchak at the Square Studio (Ice Nine Kills, Motionless In White).

The two songs effort displays the band’s expansion on their already extensive discography to showcase two new tracks that touch on subjects the band wants to bring to light.

“‘Culling Kindness’ is about resisting the urge to attack bullies or aggressors or always being too afraid of fighting back or getting arrested because it isn’t worth it and how trying to be the bigger person ends up making you a victim your whole life. You eventually have to draw a line and fight back…

“‘I, Dysmorphia’ is about hating your appearance and being raised or influenced to hold yourself to impossible beauty standards or through being bullied and how that insecurity can be projected on the people around you when you start making them feel as ugly as you do when you’re the one with the internal struggle, and even when everyone tells you you’re beautiful you never feel that way.”

Stream the new EP below and check out the band’s upcoming tour dates too!