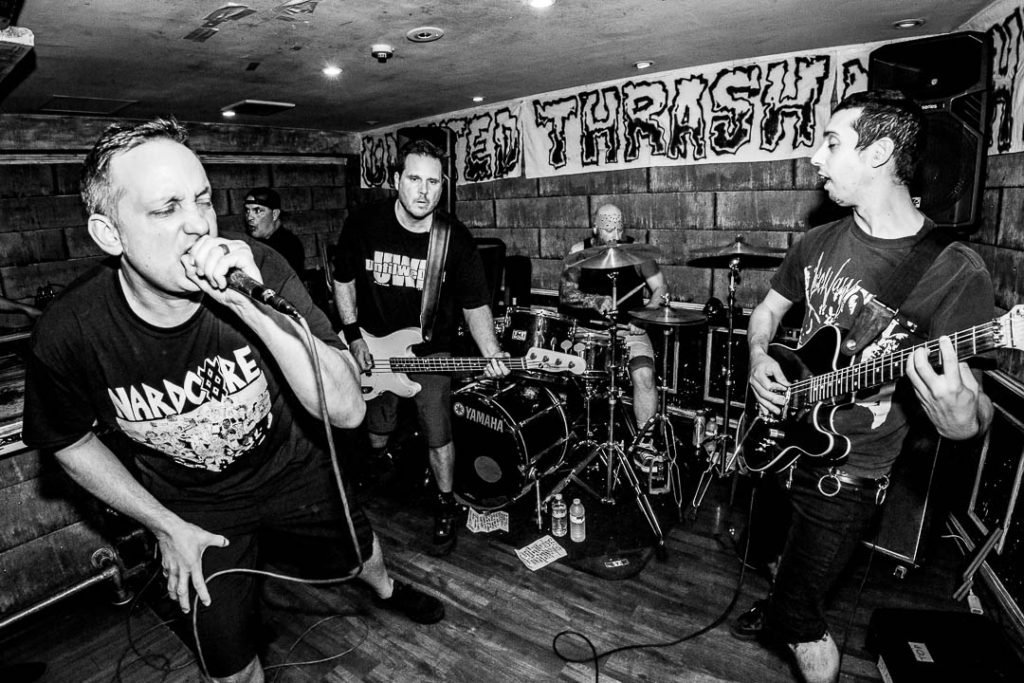 Stalag 13 has released their first album in over 20 years. The band was originally formed in Oxnard, CA in 1980 and are considered one of the Big 4 Nardcore bands along with Ill Reupute, Agression, and Dr. Know. They released In Control in 1984 via Upstart Records, but shortly after, Stalag 13 disbanded. The band reunited in 2003 ang again in 2012 before deciding to remain active, albeit with a somewhat different lineup.

This new album, Fill In the Silence, was recorded during the summer of 2020 with Armand John Anthony (Night Demon) behind the boards and mastered by Hardcore recording guru Paul Miner (Agnostic Front, Terror, Adolescents). It features eleven new recordings – some old songs, some new, and some classics. Fill In the Silence was released on February 26th on vinyl via Puke ‘N’ Vomit Records, on CD/cassette by Plain Disguise Records, and is also currently available on all streaming platforms.

Check out Fill In The Silence below and keep checking back for more from Stalag 13!