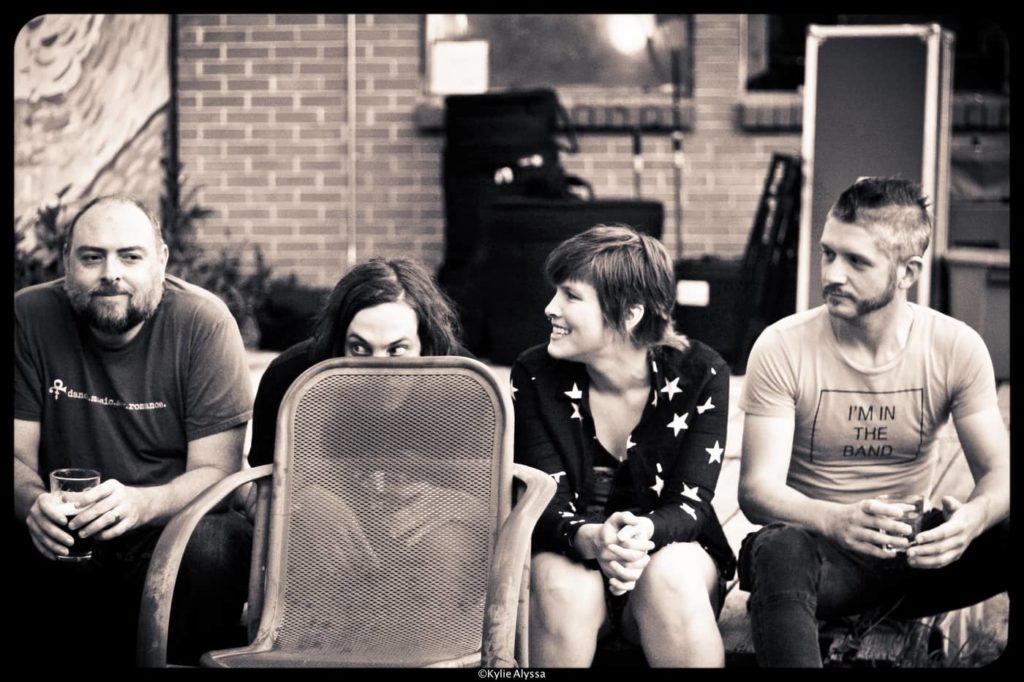 Recently, Bryan, TX’s The Ex-Optimists announced that they would be releasing their new album entitled Drowned in Moonlight on Friday, September 28th. The new LP will be released via Austin-based Shifting Sounds Records and was mixed and mastered by Kevin Butler.

Today we’re stoked to be premiering a new song off the album, “I Drowned in Moonlight.” Vocalist/Guitarist Kelly Minnis had the following to say about the track:

“I Drowned In Moonlight is an homage to Carrie Fisher, written the morning I learned of her passing.  The lyrics and title reference a quote of hers when asked about her own obituary she wished it would say ‘Carrie Fisher drowned in moonlight, strangled by her bra.’ We obliged. Sleep well, princess.”

Stream “I Drowned in Moonlight” now:

Like what you hear? Of course you do! Head over to Shifting Sounds Bandcamp page and pre-order yourself a copy of the new album!