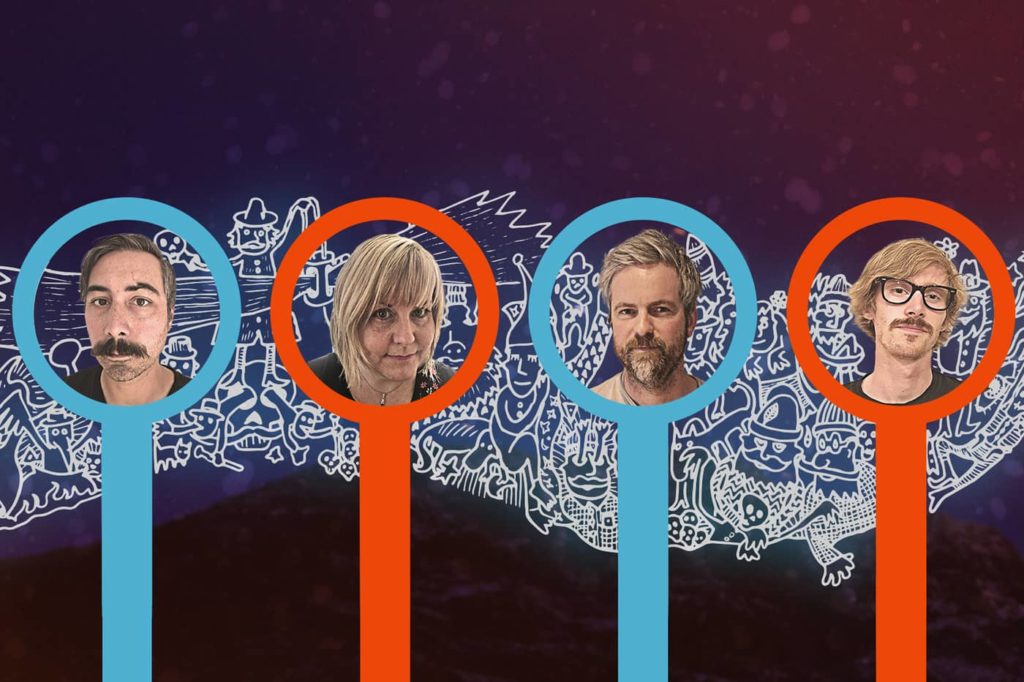 Today, we’re happy to premiering a brand new single from USA/Norway-based band The High Water Marks. The band is the brainchild of Hilarie Sidney, who is the co-founder of the legendary musical collective Elephant 6 and a founding member of The Apples in stereo.

In 2003, Sidney formed The High Water Marks and released a debut album entitled Songs About the Ocean. The record was written and demoed through the mail with her now-husband and bandmate, Per Ole Bratset, whom she initially met at an Apples gig in Norway in 2002. A follow-up album, Polar, arrived in 2007. And there is a new album on the horizon.

Thirteen years after releasing her last album as The High Water Marks, the band will be releasing Ecstasy Rhymes on November 13th via Minty Fresh. The album is said to reflect the maturity, perseverance, songwriting, and performing talent that made Sidney’s contributions to Elephant 6 and the Apples so integral.

Today, we’re premiering “The Trouble With Friends” off the new album. Sidney had the following to say about the new single:

“The title ‘The Trouble With Friends’ is actually is from a Berenstain Bears book (we had a lot of them, and we also have a song named after one of their other books, ‘Too Much Birthday,’ ha-ha!) The song is very influenced by the group A-ha, who Per Ole was obsessed with as a kid. He used to dress up like the band member, Morten Harket.”

Stream the new single below and keep checking back for more from The High Water Marks!

Fanatic Promotion · The High Water Marks – The Trouble With Friends