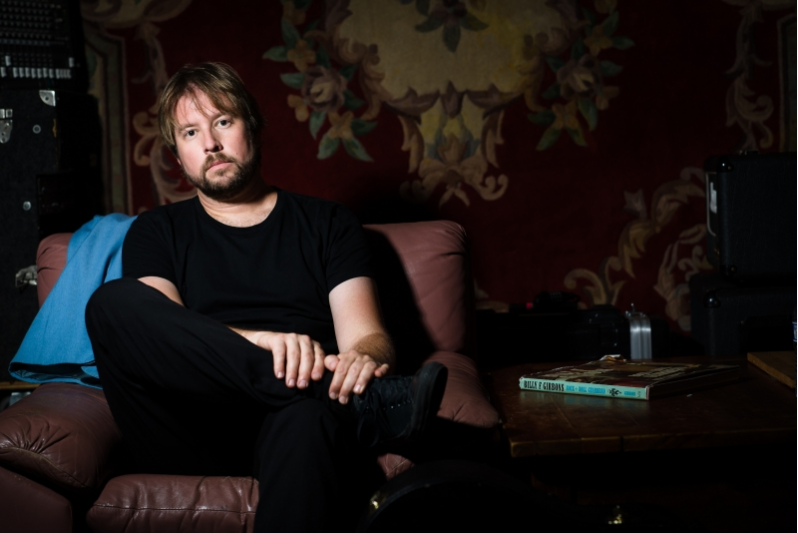 Jared Putnam of El Paso’s The March Divide has been releasing two and three song singles throughout the year as real time follow-ups to his 2018 full-length release Anticipation Pops.

Today, we’re premiering “Crowded Room,” one of the catchiest The March Divide songs to date. Putnam had the following to say about the new track:

“‘Crowded Room’ really comes from a strange place. I recently had a friend send me a text about a song called ‘Starting To Rain,’ off of my old band, The Conversation’s first album. It really got me thinking about the lyrics from that album, and the context of where they were coming from. ‘Starting To Rain’ was a rebellious song I wrote in my 20s about being in a constant state of drug induced indifference, and the lack of accomplishment that often accompanies such a state.”

The new three-song single, Distractions, Vol. 5, will be officially released on December 13th. The first four releases in the series are out now, along with Anticipation Pops, the fourth full-length album by The March Divide. All are available via Slow Start Records.

Listen to “Crowded Room” now and keep checking back for more updates from The March Divide!