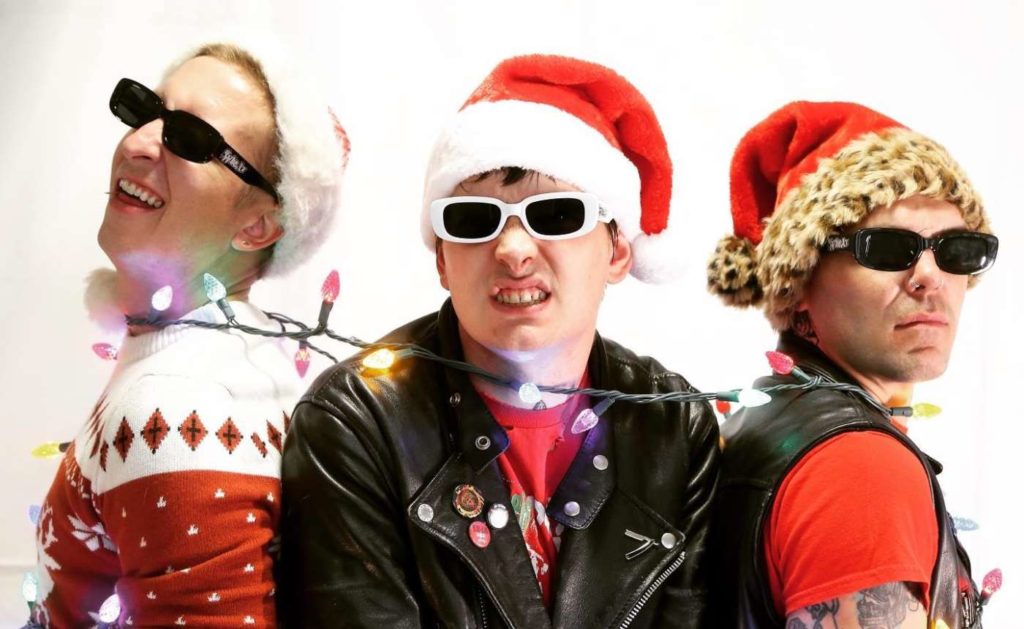 ‘Tis the season to be snotty and The Wheelz is at it again! Just in time for the holidays, the band has released a two track single, entitled Ruin Christmas, which covers two Christmas classics.

The new release features cover art by “Life Is Posers” illustrator Mike Kadomiya, comes in three vinyl color variants, and every record will include a limited edition Wheelz Ornament.

Preorders for the two song single are live now and the record will formally be released on December 7th via Boulevard Trash Punk.