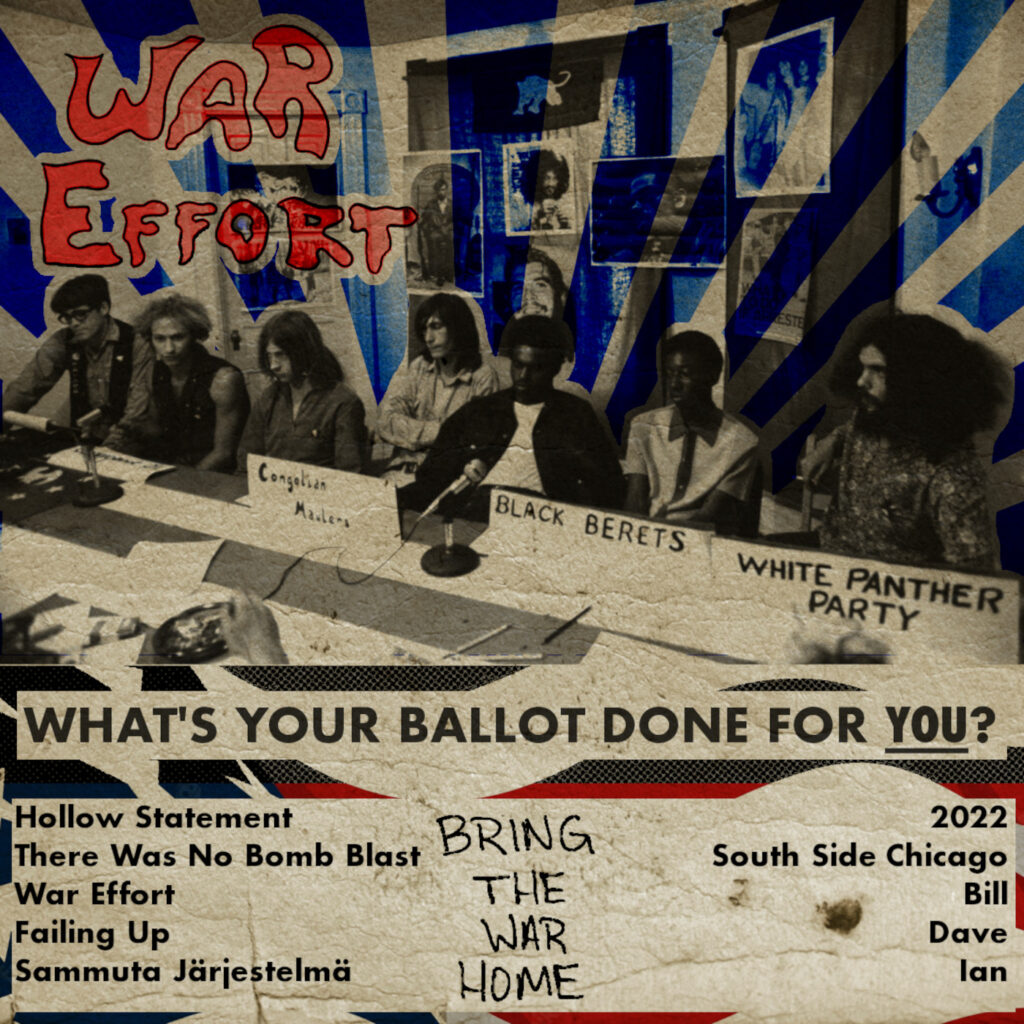 The EP was written and recorded in a single afternoon for the sole purpose that bandmember Bill Molloy had the Bandcamp URL already from when a band he was in changed their name. It was a time constraint challenge! The outcome is five tracks of d-beat which was mixed by Will Killingsworth at Dead Air Studios.

Stream the self-titled EP below!