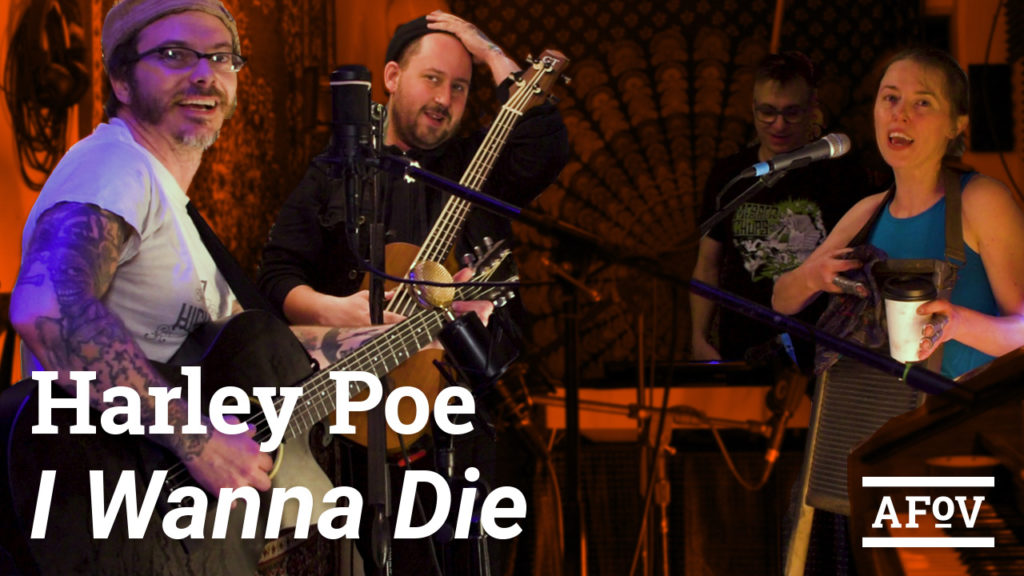 Indiana Horror Folk-Punk quartet Harley Poe gets cerebral with their video of “I Wanna Die,” a song that laments lost love and reconciling that with the life you envisioned. The song is featured on Side-A of Harley Poe’s 2017 release Lost and Losing It.

The band has just announced an encore tour with AFoV alumnus The Homeless Gospel Choir, covering cities which were missed on the first leg of the tour. Get ticket info now!

Watch the video of Harley Poe’s “I Wanna Die” now and keep checking back for more updates from the band and A Fistful of Vinyl!

A Fistful of Vinyl is a DIY crew of volunteers run by KXLU veteran Alec Hodgman. They create live music sessions and interviews for YouTube in Los Angles with artists in and around the punk and folk music scenes. Their coverage helps to raise notoriety of small artists who make phenomenal music but don’t have a platform to share it, and celebrate the larger artists who share that mission of supporting those up-and-coming prodigies. A Fistful of Vinyl airs on KXLU 88.9 FM/Online Thursday nights at 9pm PT.