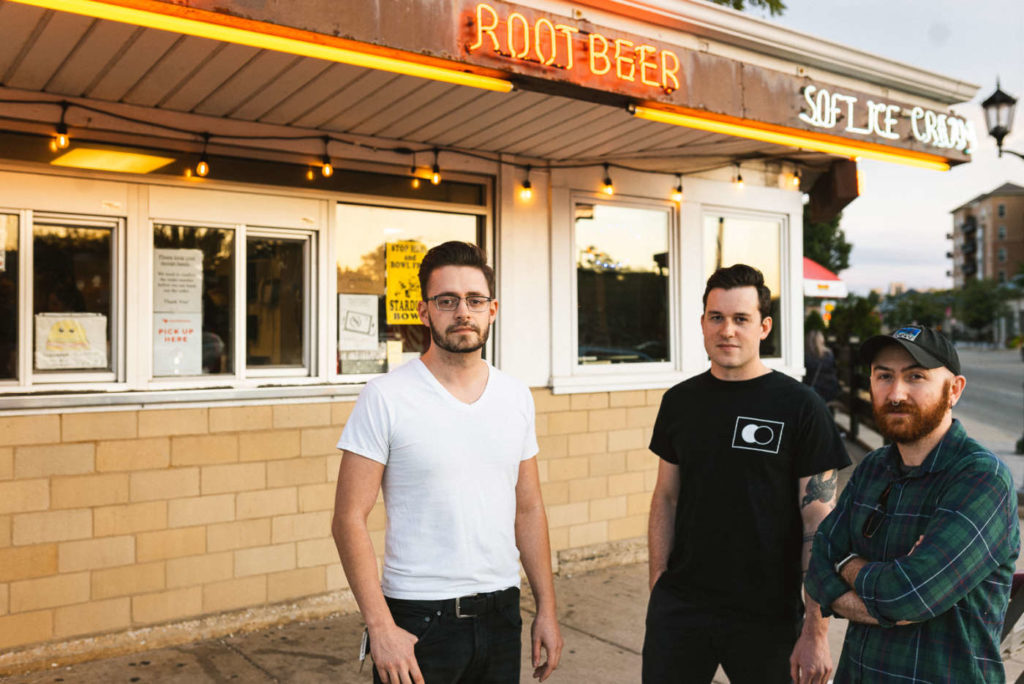 Today, we’re premiering a new single and an accompany music video from Chicago’s All the Wine. “10:03” will be featured on the trio’s upcoming debut LP which they are currently recording!

Guitarist/Vocalist Danny Cozzi had the following to say about the single:

“’10:03′ is a song that came together over many months, rewrites, and title changes—not to mention the filming and editing of the video. It became more than just another single for our record and evolved to be something like a message to a past version of myself, inspired by feelings of loss and fear that come with growing into and learning about who you really are. But rather than writing only about the pain that comes with parting ways with people or things you once loved to get there, I wanted this song to serve as a reminder of what I needed to hear from somebody, anybody, at times when I’ve been at my lowest.

From when this song first came to me till we recorded it, a lot of shit changed in my life—some of it was welcome, but a lot of it wasn’t. So, this song is for grieving what you’ ve lost, but also remembering there is power in reclaiming your sense of self despite that grief. Centering my love of skateboarding was a way to communicate that, as it has been something throughout my life that has always made me feel empowered. My brother Andy and I made the choice to film that part of the video at the skatepark in downtown Naperville where I spent nearly every day of my childhood. I find healing (and sometimes uneasiness) revisiting places that shaped who I am—but no matter the feeling, I always leave again with a sense of connection. Although I wound up not following Tony Hawk’s footsteps, the inspiration he gave me to never give up on myself remains just as relevant as a person moving through life in turbulent times as it did when I was first learning how to kickflip.”

Watch the video for “10:03” below and check back here soon because All the Wine will be releasing more singles off their debut LP!