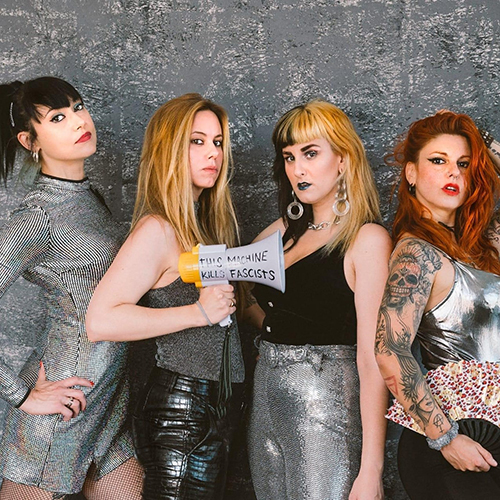 The Anarchicks, formed in Lisbon in 2011, focuses on the themes of feminism and creative freedom and incorporates styles such as New Wave, Punk. and Pop into their music. They released the 4-song EP Look What You Made Me Do in 2012 and have released numerous LPs and EPs since their start. Their latest released was the 2019 full length album Loose Ends.

Check out the video for “Dare to Think” below and come back for more news about Anarchicks!