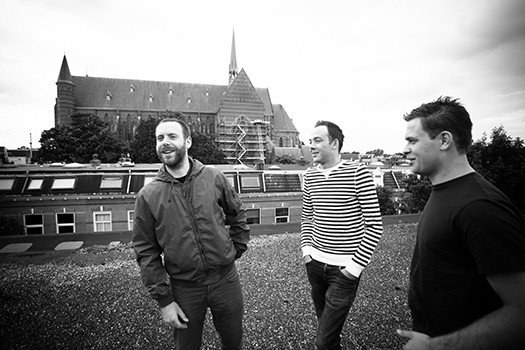 European political punk band, Antillectual, has decided that they will be increasing the amount of music they put out in an interesting way. Instead of working on material for a complete album, Antillectual will record and release new songs one by one.

Today the band has released “Heads You Win, Tails We Lose,” the first of a series of new singles. The video shows the band on the Loud & Rising Tour through the Netherlands last February and was crafted by Italian video maker Claudio Stanghellini.

“The lyrical content of the song is a response to the current populist wave. Trump’s election and catastrophic policies are part of a worldwide epidemic of right wing politics disguised as anti-establishment movements. The urgent, fast-paced “Heads You Win, Tails We Lose” is a sharp critique of current events and the impact on this planet and all creatures living on it. Critical times call for critical culture.”

Watch the video for “Heads You Win, Tails We Lose” now: