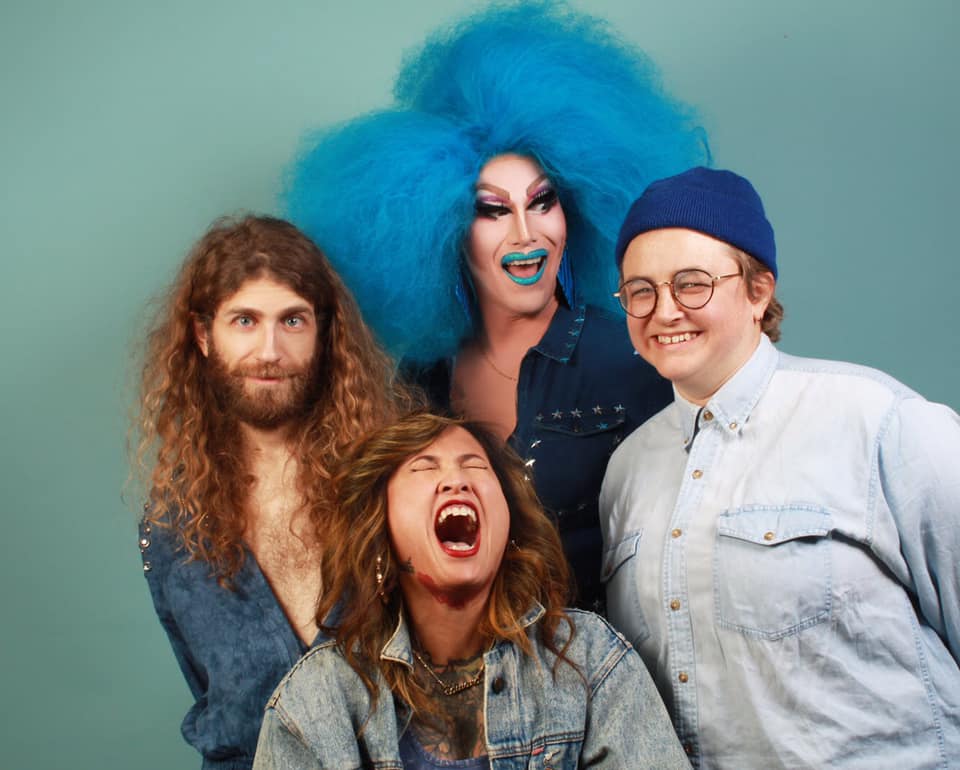 If there’s one band that can get us through the daily boredom of quarantine, it’s Bev Rage & the Drinks. For those not familiar with the Chicago-based four piece, they’re described as “a loud, fast, and brash queer garage-pop… fronted by guitarist Beverly Rage, a 7– foot tall drag queen with hair and heels.” For those not familiar with me, I fell head over heels in love with the band when I saw them play at Ian’s Party two years ago and haven’t looked back since.

Last night, Bev joined forces with DO312 here in Chicago to present “Whodunnit? Shedunnit”, a journey which took the viewers through all of the Bev Rage & the Drinks music videos plus with a few new skits sprinkled in. And while the voyage came to a close last night, the ultimate goal was to premiere the band’s newest music video.

We are SO very excited to be premiering a brand new music video from the ever-so-fun, ever-so-entertaining Bev Rage & the Drinks for their song “I’m Having a Tryst with a Narcissist.”

Watch it below, learn all the words so you can sing along, and keep checking back for more updates from Bev Rage & the Drinks!