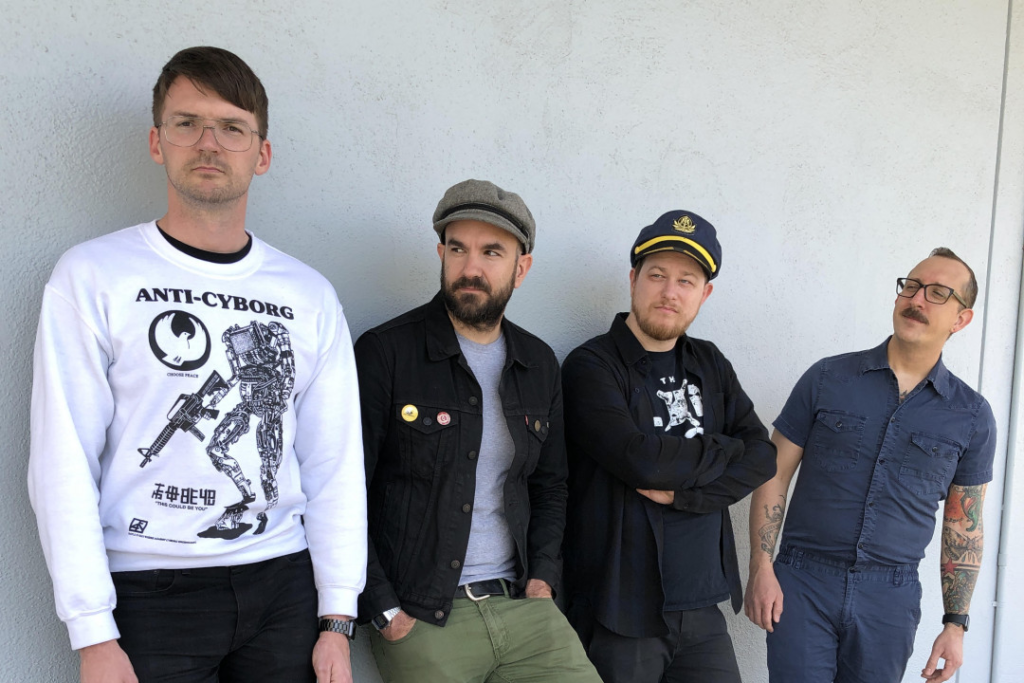 Today, SoCal four piece band Danger Friends has self-released a new full-length album titled Adult Contemporary. In addition to the new album, the band has released a music video for the appropriately apocalyptic single “Back to No Future.” It’s clear the band has poured what little was left of their souls into the project, and the results just might be the most “Danger Friends” thing they’ve ever done.

The album is chock full of blasting beats, fuzzed out bass, and enough synths to drive Rick Deckard insane. Stream the new album in full now!

You can also check out the video for “Back to No Future” below and keep checking back for more updates from Danger Friends!