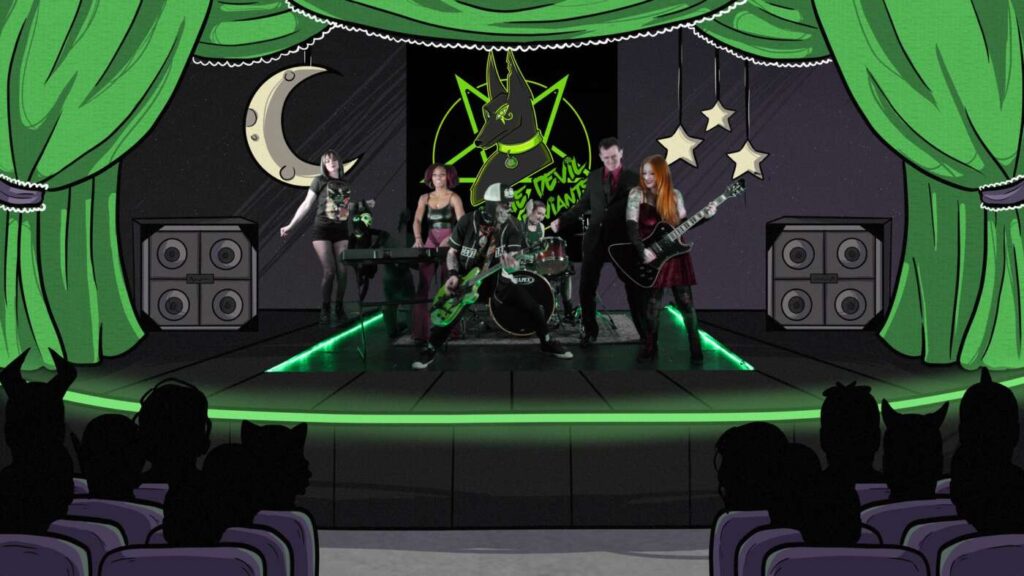 Philadelphia, PA’s Dickie Devil and the Deviants has released a brand new music video. The song, “Da Humans Run Run,” will be featured on the band’s upcoming debut full-length album. But this version, ‘The Galaxy Version,’ is an exclusive which is included on the Horror Punk’s Not Dead Compilation Vol 1 by We Are Horror Records (UK).

The zany b-movie music video was directed by Ronin James and features the debut of Deadsville character The Ghoulfather, along with Steph Infection, Doggie Deviant, and a small group of Deadsvillians. It also guest stars Kyra Galaxy, lead singer of The Galaxy Has Eyes, as a seductive alien invader commanding a couple of green men with ray guns as they destroy all humans and hunt the Deviants.

Check out the music video below for “Da Humans Run Run” and keep checking back for more from Dickie Devil and the Deviants!