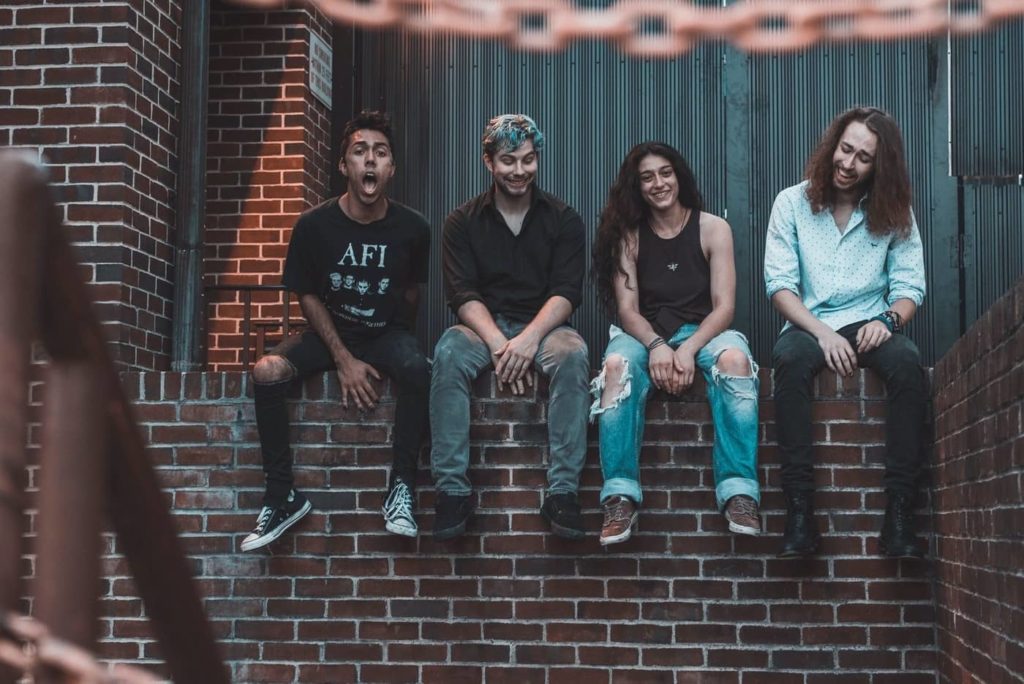 NJ Pop-Punk quartet Dumpweed (yes, like the Blink-182 song) has released a video for their new single entitled “Commitment is a Dirty Word.” The song is featured on the band’s third record, The Golden Snake.

The vocalist Eric Palermo had the following to say about the new track:

“‘Commitment is a Dirty Word’ is a battle between a mother and father dealing with the pain they’ve caused each other. It’s destructive and chaotic and it shows the domestic struggles many married couples have. Unfortunately, for one reason or another, people mistreat and hurt each other. Here’s our interpretation of how that feels and the damage it does to both the people involved and the world around them.

Of course it means whatever you want it to mean as well. For ‘Commitment is a Dirty Word’ on the surface it sounds like ‘you cheated on me and now my life sucks,’ but it goes a bit deeper than that. Here we have one parent cheating on the other, and the other makes it a living hell for their spouse and the rest of the family.”

Check out the video for the new single “Commitment Is A Dirty Word” now and keep checking back for more updates from Dumpweed!