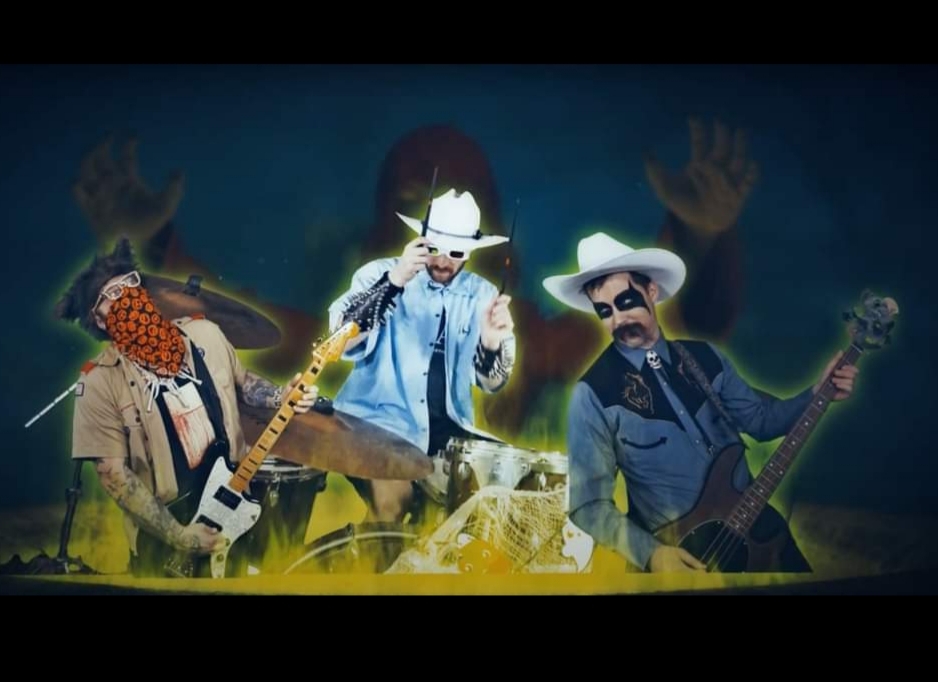 Genki Genki Panic has released a brand new music video for a spooky new tribute video which has a Deee-lite meets William Castle vibe. The song, “I Was A Teenage WERE-C.H.U.D.,” can be found on the band’s upcoming album, Spookonia, which will be out this Friday!

The Chattanooga, TN-based band revel in reverb soaked instrumentals that bridge the gap between classic 60s Surf, horror movie film scores, and the intensity of the great forefathers of Punk. If Dick Dale was the godfather of Surf, paying tribute to the golden beaches of Hawaii, Genki Genki Panic is the white trash cousin, paddling out their mix of chaotic Surf Punk in the muddy toxic soup of southern New Jersey.

Check out the video for “I Was A Teenage WERE-C.H.U.D.” below and keep checking back for more from Genki Genki Panic!