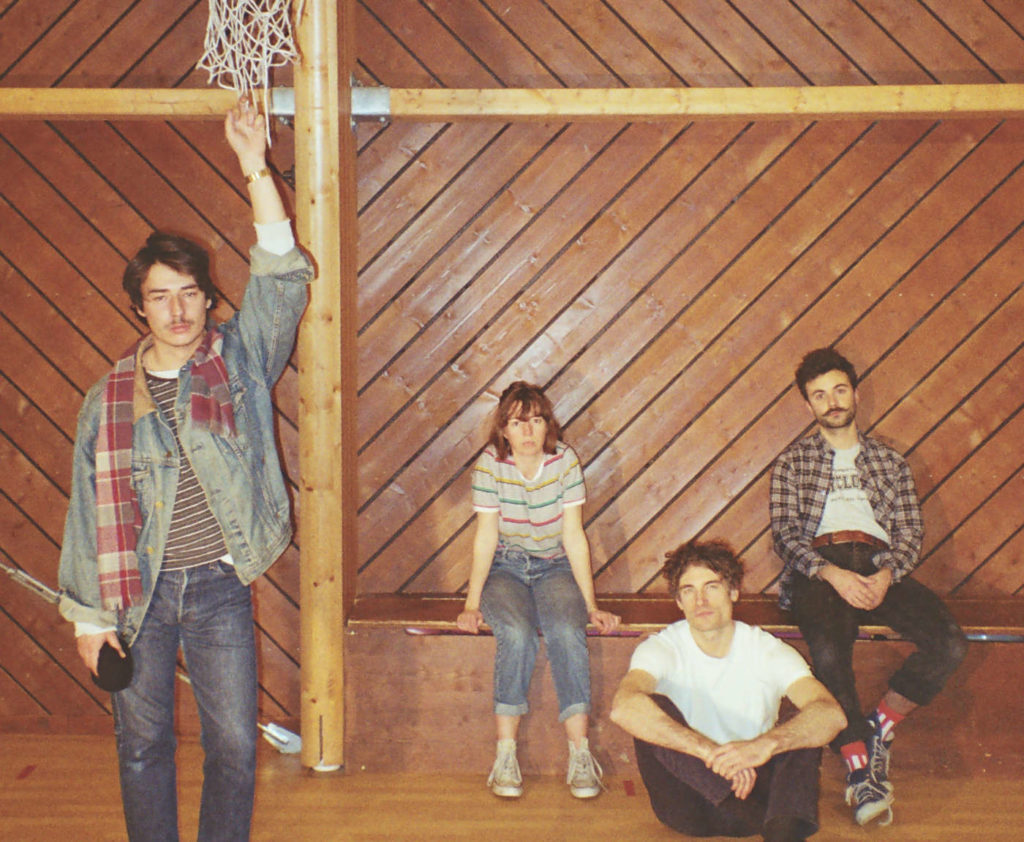 Paris, France’s Hoorsees has recently released a new single, entitled “Jansport,” along with an accompanying video. This is the second track released from the band’s upcoming album entitled A Superior Athlete which will be out on April 22nd via Kanine Records.

“Jansport” is the sound of afternoons spent hanging out after school when everything feels right as long as you’re wearing the song’s iconic namesake backpack. It’s an audio time capsule, complete with references of Japanese trading cards, Jackie Chan movies, and an adolescence sound defined by the golden age of American Indie Rock.

The video for the new single embraces Hoorsees’ fascination with the contrast between athletic achievement and everyday slacking. This is, after all, a band who describe themselves as “getting inspired by high school nerds who suck at sports.” The video shifts restlessly between shots of singer Alex Delamard wandering alone on dojo bleachers, to the claustrophobic surrounds of a locker room, and a cavernous gymnasium where the band fight for space as a badminton game plays out around them.

Check out the video for “Jansport” below and pre-order your limited edition vinyl copy of A Superior Athlete today!