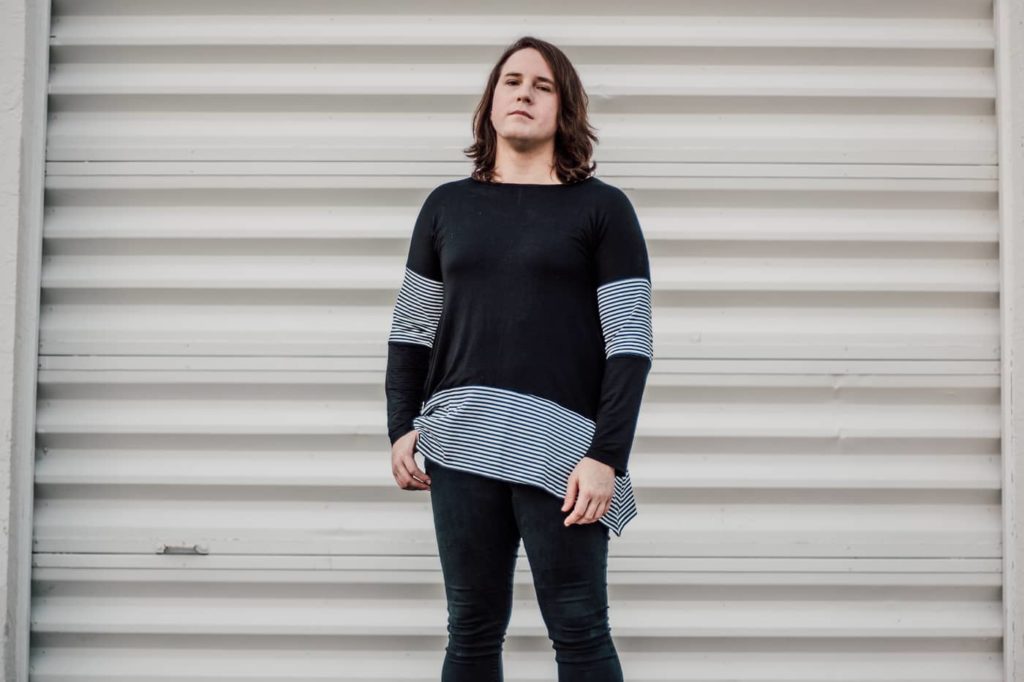 Least is the solo (for now) Indie/Emo project of Taylin Wills (formerly of Migrate). It was started in early 2019 as a side project to pass the time. But soon enough, it blossomed into something more relaxed and modern.

Wills has most recently released the single and accompany music video for “I’m Your Therapist Now,” which is the lead track from their upcoming EP Folding My Hands, Accepting Defeat due out on April 23rd on Friend Club Records. “I’m Your Therapist Now” was mixed and mastered by Jon Sambrick of Thornwall Studios in Lancaster, Pennsylvania.

Willis had the following to say about the new single:

“[The video] shows a storyline of two characters (PJ Kathcart and Kelsey DeAngelis) living in the same house, but only communicating through their cell phones, until they finally cross paths and realize that they need to take advantage of the time they have together face to face. It also touches on the theme of longing for someone in a long distance relationship, yet realizing they’re closer than you think.

Most [of my] songs deal with the struggles of trying to date as an open trans person, learning not to hate myself anymore, dealing with discrimination, and maneuvering through the minefield that is figuring out how far I want to go with my transition.”

Wills directed and edited the video in Boca Raton, Florida. Pre-order your copy of Folding My Hands, Accepting Defeat and watch the video for “I’m Your Therapist Now” below!